Bhansali's brilliant direction in the massive sets, war scenes, costumes, the intense background music and every other minute detail shines. 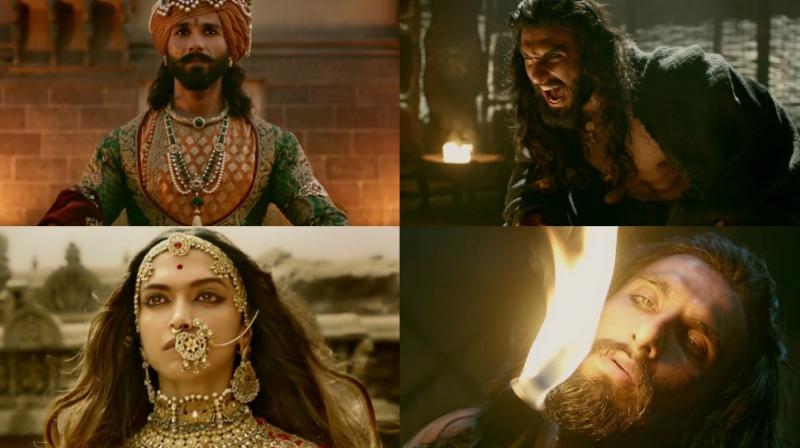 Mumbai: After the success of 'Bajirao Mastani' in 2015, Sanjay Leela Bhansali is back with another period drama revolving around the story of Rajput queen Padmavati.

Definitely among the most anticipated films of the year, Sanjay Leela Bhansali’s ‘Padmavati’ has been in the news ever since its announcement.

Achieving the casting coup of Deepika Padukone, Shahid Kapoor and Ranveer Singh or vandalism by Rajput Karni Sena members against the film for ‘distorting’ history, ‘Padmavati’ has very much made headlines throughout.

And with all the hype surrounding the recent release of the first looks of the three leads, Rani Padmavati, Sultan Alauddin Khilji and Maharawal Ratan Singh, the makers have now released the trailer at the right time.

The film deals with the story of tyrant Alauddin Khilji’s attempt to invade Chittor Fort in Rajputana due to his desire for Queen Padmavati in 1303 because of which the trailer was also launched at 13.03 hours.

In the dialogue-less trailer except for Shahid's one-liner and a line from Deepika in the end, we see Bhansali at his trademark best, with the massive sets and in the brilliant direction of the war scenes, costumes, the intense background music and every other minute detail.

‘Padmavati’, which will also have music by Bhansali, and is also being produced by his banner and Viacom Motion Pictures, is scheduled to release on December 1.