Ranveer Singh is the only star in ’83

According to a source very close to the project, all the 12 players would be given equal prominence. 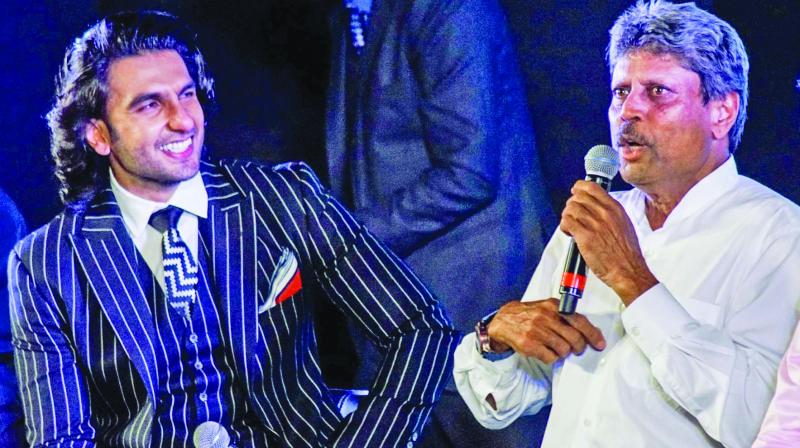 Ranveer Singh’s role as Kapil Dev will be captaining the film titled ’83 based on India’s historic victory at the 1983 World Cup win. But he won’t be the central character of the drama. According to a source very close to the project, all the 12 players would be given equal prominence. The source says, “This will be cricket’s Chak De! without Shah Rukh Khan.”

In fact, the producers got the written, legally sanctioned consent of each of the 12 players, all of whom have agreed to come on board as consultants. The source says, “Each of the 12 players will be played by an actor capable of conveying the character’s personality. We are not looking at making Kapil Dev a bigger hero than say, Sunil Gavaskar, Mohinder Amarnath and Madan Lal, just because Ranveer plays Kapil Dev. They will all be equally important to the plot.”

So then why Ranveer Singh? “Because we needed that one star presence to give the film a visibility in the public eye. For the rest of the cast, cricketers we are only looking at actors, not stars,” says the source, adding, “We are not going to focus on that game itself. We are going to look at what went on behind the scenes, the greenroom politics leading up to India’s most spectacular victory.”