Apparently, Alia, who has grown up around Kalpana, doesn’t want the world to know about her contributions. 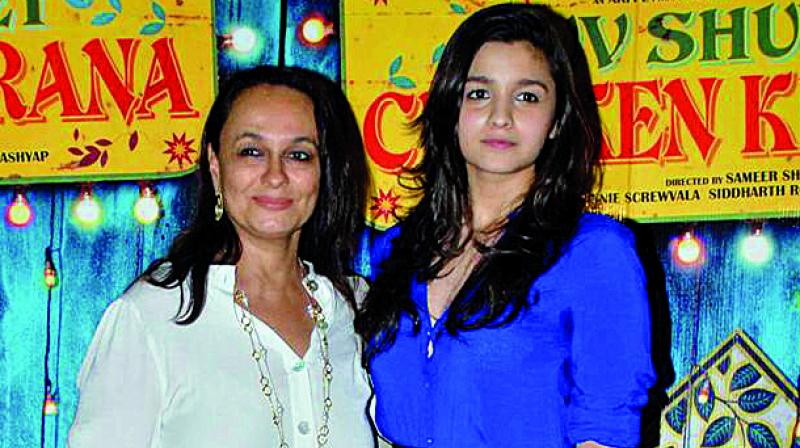 While there’s a lot of altruistic talk heard about distinguished celebrities paying the ailing Kalpana Lajmi’s expenses, a source claims that Soni Razdan and Alia Bhatt are shouldering most of it.

“Kalpana’s medical bills, which come to about Rs 2.5 lakh a week for four dialysis that she undergoes, are borne entirely by Soni and her daughter Alia. Soni is Kapana’s closest friend, and she’s been monitoring the funds for Kalpana’s treatment. Every time the bills pile up, Soni informs Alia, who pays them.”

Apparently, Alia, who has grown up around Kalpana, doesn’t want the world to know about her contributions.

Adds the source, “She would be very upset and embarrassed to know this has been let out. But it’s important to let Kalpana’s well-wishers know that only one 24-year-old girl is shouldering her medical bills, and it’s about time others came forward to do their bit. Alia and Soni are valiantly pushing on with Kalpana’s medical care. But more people need to come forward with financial help. Right now it’s just Alia.”