Salman is looking super hot in a black shirt while Bharath donned a sky blue shirt. 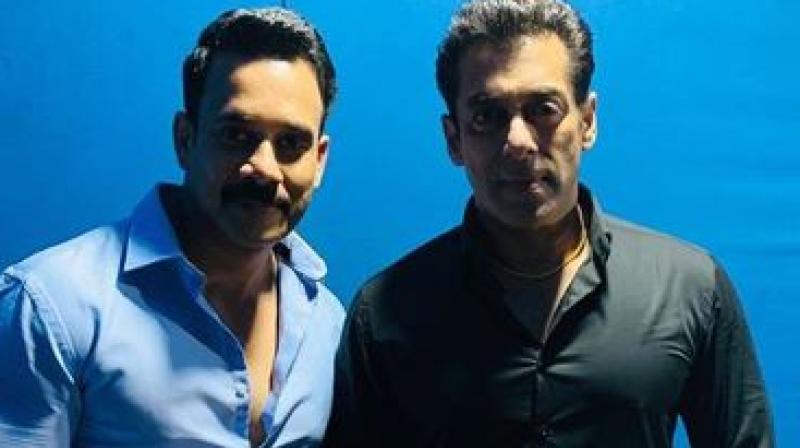 Mumbai: Salman Khan and Disha Patani’s Radhe has been making noise since the time it has been announced. It is all because of ‘Sallu Bhai’ whose movies are known to be family entertainers.

He had recently said that apart from Disha the stellar cast in the film would include Randeep Hooda and Jackie Shroff. The latest to join Prabhudeva directed film is the famous Tamil actor Bharath Niwas.

Bharath is a well-known actor down South whose done films in Tollywood and Mollywood apart from Kollywood. The star took on Instagram to announce his association with the film and showed his love for Salman and Prabhudeva.

The well-built actor posted a photo with “Bhaijaan” and captioned it as, “Optimism is the faith that leads to achievement. Happy and blessed to be part of #radhee. A dream come true to act alongside the most wanted Bhai of indian cinema. Heart filled thanks and gratitude to Prabhu master for keeping the faith in me. #radheeid2020 #eid2020. More updates soon 😃”.

Salman is looking super hot in a black shirt while Bharath donned a sky blue shirt.

In the second photo, Bharath is seen posing with ‘Muqabla’ dance choreographer Prabhudeva. The third photo shows the shooting scenes of the film.

Radhe is all set to release on Eid 2020 and will see Salman Khan doing in power-packed high octane action drama.