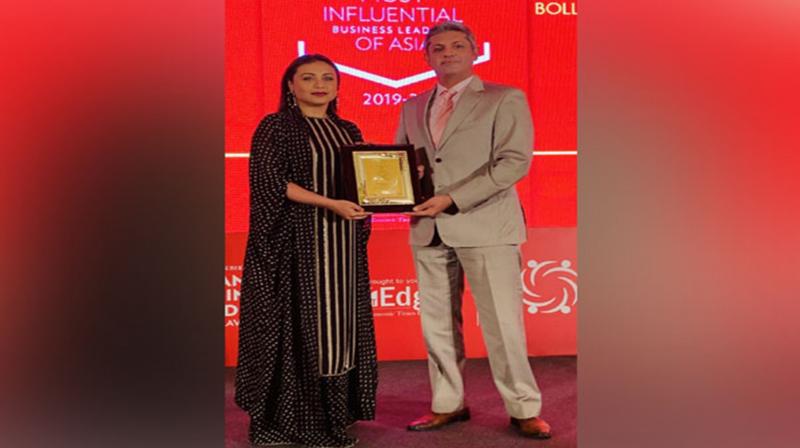 New Delhi: Rani Mukherji on Friday received the 'Most Influential Cinema Personality' Award in South-East Asia for her phenomenal work in 2018 flick 'Hichki'.

Time and again she has proved her mettle as an actor having delivered some of the biggest blockbusters as well as the most loved movies of our generation. 'Hichki' had grossed over Rs 250 crores worldwide.

"It is truly humbling for me to be called the Most Influential Cinema Personality. As an actor, I have been fortunate enough to have got films that inspired me and everyone who saw them on screen. Some of them sparked a conversation and also affected social change. I have a special liking towards films that leave an impact on the hearts and minds of people and make us ponder about the world that we live in," Rani, who is in Singapore, said.

She added: "I feel it is my responsibility to give voice to what's happening around me. Hichki was one such film and it's message resonated worldwide with audiences, students, teachers and most importantly with people fighting the Tourette Syndrome. It was a huge validation to us all that a universal story will definitely be appreciated anywhere in the world."