With Salman Khan joining Race 3, it is definitely heading up: Remo D'Souza 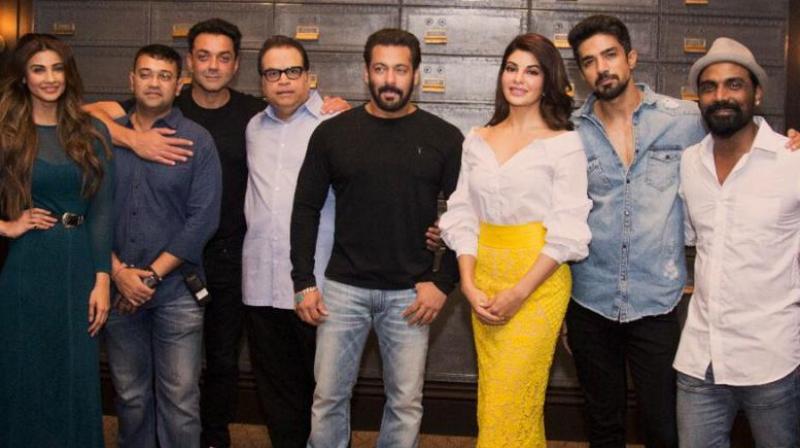 Mumbai: Remo D'souza, who has replaced Abbas-Mustan to direct the third installment of 'Race', hopes to do justice to the popular franchise.

"Abbas-Mustan are super good directors, and I have always looked upto their films. They are the master of the thriller space. I am not exactly getting into their shoes as 'Race 3' is little different from the earlier ones, but I am happy I got to direct it and I hope I make them proud," Remo told PTI.

With Salman Khan coming on board, the 'ABCD' director said the 'Race' series just got bigger.

"If a superstar or a big star is coming into a franchise, it always takes the franchise up. Of course, Salman Khan joining 'Race 3', it is definitely heading up."

Saif Ali Khan was a part of the previous two films but the third part of 'Race' has a new team in place. It will feature Bobby Deol, Sooraj Pancholi, Saqib Saleem and Daisy Shah. Jacqueline Fernandez, who was seen in 'Race 2', is returning.

Talking about Bobby's dry run at the box office, Remo said, "You can't compare an actor's work to the box office results of his previous films. He will be seen in a new avatar in this film; we are hoping people will like him."

The film will be shot in Abu Dhabi and Mumbai. The team has already shot 20 per cent of the movie.

Producer Ramesh Taurani of Tips has locked Eid 2018 for the release of 'Race 3'.