In a freewheeling chat Katrina Kaif speaks about her upcoming film Zero and how she rises above her greatest fears. 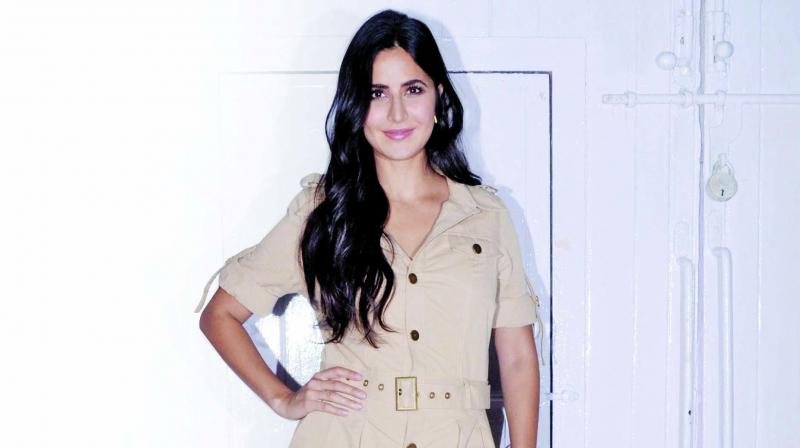 Katrina Kaif will soon be seen in the  upcoming Anand L. Rai directorial Zero,   opposite Shah Rukh Khan, where she plays a superstar named Babita Kumari. But she makes it clear  that her onscreen persona is nothing like her real-life superstar image. “Babita is always a contradiction,” she says. If she’s (Babita) sad she will try to be overtly funny, if she is vulnerable she will try and be obnoxious. “Her behaviour comes from a place of deep sadness and unhappiness,” explains the actress. She credits this unpredictable nature of her character to the genius of director Anand L. Rai, and goes on to say, “I think, a few people, unfortunately because of the profession we are in, misconceive my role as completely incidental. The character is nothing like I am. We all have a certain void in us and a feeling of being incomplete,” she lays bare.

The perils of being a superstar could be many, as also its perks. For one, you are constantly in the news and the actress more often than not, finds herself in the spotlight. Being constantly put on a pedestal and judged for her films or for her love life does bother her, but she engulfs herself in a zen-like aura and says you must always take the good with the bad. “At times I am only given love and showered with praises and there are times when I face severe criticism, of course you feel bad we are all human beings,” she smiles. Her mantra has always been to ‘Listen to yourself’ no matter what the situation. “What I have realised is to make sure that you believe in what you do. If you believe in yourself, you know you’ve tried your best. Sometimes we fall into our comfort zones and don’t want to come out of it and nobody is responsible for that. But don’t listen to people’s opinions or limitations,” she advises.

This is also the exact same thing that Katrina Kaif fears, she says, “Other people’s judgments...it does bother me and even if it doesn’t bother me, I consciously think about it.” she continues, “Actually, people’s judgment combines with self-doubt. People’s judgement and self-doubt are the biggest cripplers you can possibly have. You have to come over it,” she says with conviction.

The 35-year-old actress certainly walks the talk. There is nothing that can dim her light or dampen her spirits. And even in the face of it all, she still manages to look breathtakingly gorgeous all times. What might be the secret? We ask and she quickly responds, “I don’t feel that. So many times I see pictures  where I don’t look really nice because you go through so much on daily basis. You fight battles all the time and sometimes it really gets you down. Sometimes you put on weight or are not looking nice or whatever, but I try to keep my judgement on myself in check and not be too hard on myself,” she shares.

Today the actress is among the biggest stars in Bollywood and is probably the highest paid actress in the industry. For the last couple of years, gender pay parity has been the bone of contention in the industry. Ask Katrina if the tides have turned and shes replies,  “It’s a tough topic, there is a lot of dispute about that. But if you ask me frankly, I know men tend to dominate the box office, I am not in denial of it. But if you ask me is there a pay disparity? Yes!” she reveals, adding, “I am not saying pay us equally but there is room for a change.”

All Katrina ever wants from life is to feel secure and live comfortably, “Everyone wants to feel secure and feel they should not worry or think about money. I always like to have the resources to take care and maintain the comfort level for my family. So as long as I can do that I will be very happy,” she smiles.

While money might mean security for most, Katrina believes security in its true sense means to feel free to experiment and try and attempt new things. “To not be so affected by other peoples judgement of you. That’s what it means to be secure.”