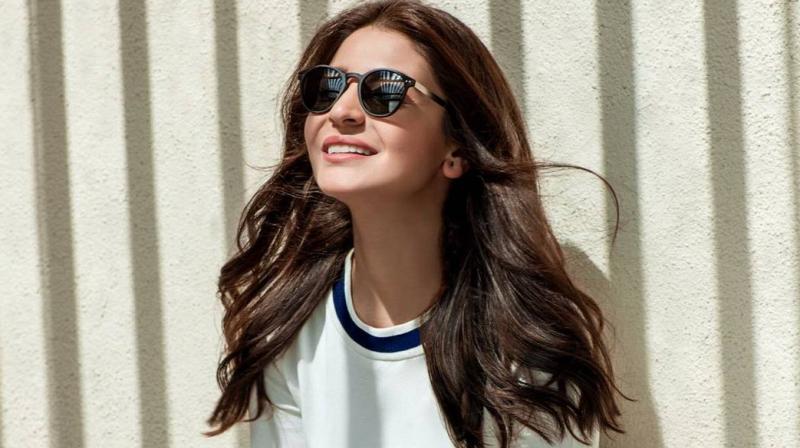 Anushka Sharma in a photoshoot.

Mumbai: Anushka Sharma had earlier quoted that she is doing a cameo in Dutt biopic and that it is not based on any living person.

Anushka, who will be making her first special appearance in a movie, instantly said yes to Dutt biopic because of Rajkumar Hirani.

A source told Pinkvilla, "Unlike her contemporaries, Anushka had never done a special appearance so far. However, she immediately said yes to Raju Hirani when he approached her for the Dutt Biopic. Anushka and Raju share a really special bond and Anushka looks up to the director for his amazing body of work. Raju Hirani has a huge regard for Anushka’s acting and he was sure that he wanted no one but her for this extremely important special appearance in his film. Dutt Biopic will, thus, be Anushka’s first special appearance as she wants to support Raju Hirani and was happy to stand by his vision for the biopic."

Anushka's will also be the only fictional character in the movie based on Sanjay Dutt's life.

"Interestingly, Anushka’s character in the biopic is the only fictional character. Details of her character will be revealed by Raju in the course of the campaign. Her character is extremely crucial in the biopic as everyone will find out when the campaign starts. Anushka went out of her way to adjust her personal commitment schedule as she had to fly to Bhopal and New York for the biopic. Anushka has shot for 2 days in New York and 1 day in Bhopal. She made it happen despite being involved with her own hectic film shooting schedules as she would never say no to Raju Hirani. Raju, obviously, is extremely happy to have Anushka in his film," the source continued.