Abhishek will be doing something really experimental with his look in the upcoming film. 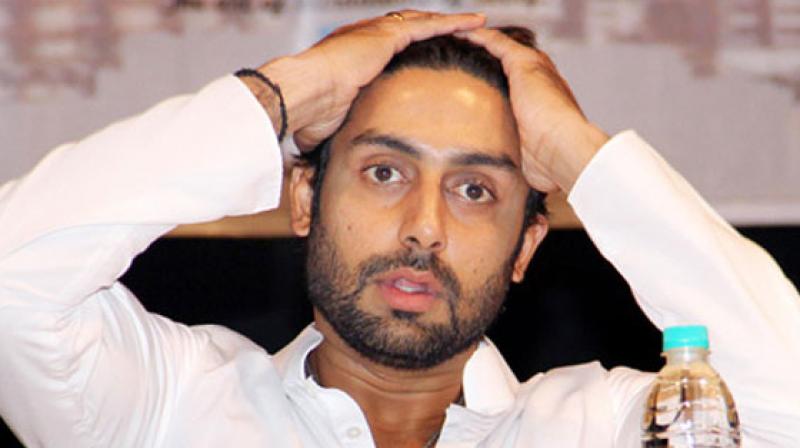 Abhishek will have a makeover in 'Manmarziyan'.

Mumbai: Anurag Kashyap and Aanand L Rai's next, 'Manmarziyaan’ is finally on track. The film will have Abhishek Bachchan playing the lead acto, and since t he makers are going at a rapid pace, Abhishek recently went bald for the look test of the film.

In one recently posted Instagram video, Abhishek Bachchan can be seen in a salon with director anurag Kashyap and hair dresser Hakim Aalim, crying for help as he gets under the razor.

We hope Abhishek’s final look from Manmarziyan will be worthwhile.

Produced by Aanand L. Rai’s Colour Yellow Productions, 'Manmarziyan' also stars Taapsee Pannu and Vicky Kaushal. The film will be shot extensively in Punjab, Delhi and Kashmir. Anurag Kashyap and Aanand L. Rai previously collaborated on 'Mukkabaaz', which despite critical acclaim, failed to create any magic at the box office.