The actress, who was nine months pregnant, had first announced her pregnancy in an interview in September last year. 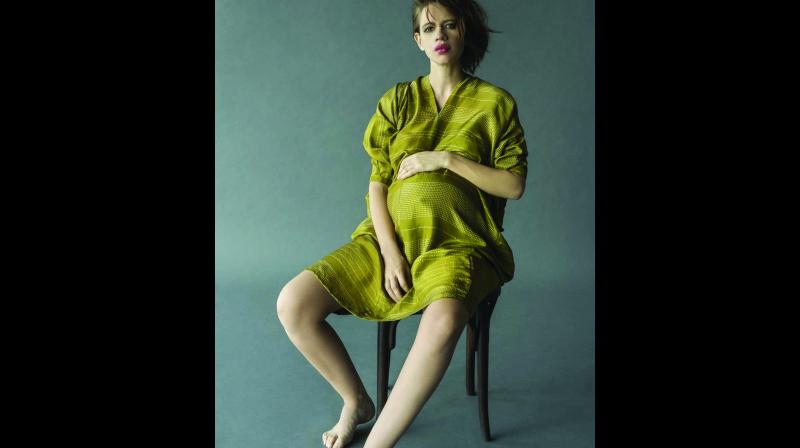 The Made In Heaven actress Kalki Koechlin and her boyfriend Guy Hershberg have welcomed a baby girl on Friday night. The 36-year-old mother is yet to make an official announcement.

The actress, who was nine months pregnant, had first announced her pregnancy in an interview in September last year.  Ever since the announcement, she has been very vocal about the different stages of pregnancy and had also revealed that the couple wanted to opt for a water birth. In addition to posting photographs, the Indian actress of French heritage had also given interviews. In a recent post, Kalki had described the experience of a mother awaiting delivery as: “Blowing up like a balloon of anticipation, coloured by YouTube videos of birth stories, birth center updates, a long list of heavy books, the endless advice of mothers who know better and the black hole of WhatsApp spamming from various sources as I wait for my own version of this age-old story to unfold.”