The actress has brillaintly justified the melody and music of the song in her version of the romantic track 'Humsafar.' 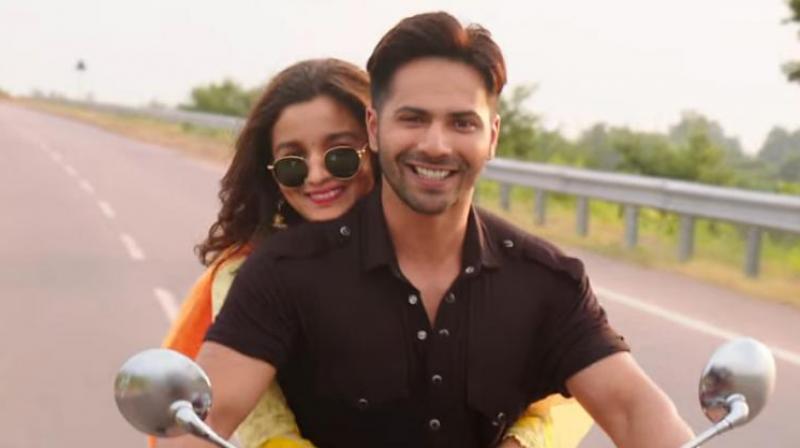 Varun Dhawan and Alia Bhatt's 'Badrinath Ki Dulhania' is one of the most anticipated films of the year.

Mumbai: While Sonakshi Sinha and Shraddha Kapoor have also showed their singing skills, Alia Bhatt was one of the first actresses to croon for her songs.

While Alia displayed her singing skills for the first time with ‘Highway’s ‘Sooha Saha’, her version of ‘Samjhawan’ in ‘Humpty Sharma Ki Dulhania’ is by far her most popular song till now.

As the actress returns to the ‘Dulhania’ franchise with ‘Badrinath Ki Dulhania’,  she has again displayed her melodious voice and she would definitely be hoping for a similar response like ‘Samjhawan’.

The romantic track ‘Humsafar’, sung and composed by Akhil Sachdeva, received a great response from the fans when it was released few days ago and this time Alia has lent her voice to the track, singing a duet with him.

While the video of the original saw Alia and Varun Dhawan displaying endearing chemistry, the video of Alia’s version is yet to release and fans would be content with the audio track alone till the video releases.

Alia brilliantly captures the soul of the song with her melodious voice like she has beautifully done also in songs like 'Ikk Kudi' and 'Love You Zindagi Club Mix.'

‘Badrinath Ki Dulhania; is produced by Karan Johar and directed by Shashank Khaitan