Felt nervous and pressurised to play Arjun's 'half girlfriend': Shraddha

She speaks about playing the unusual 'Half Girlfriend' to Arjun's character in the film adaptation of the novel. 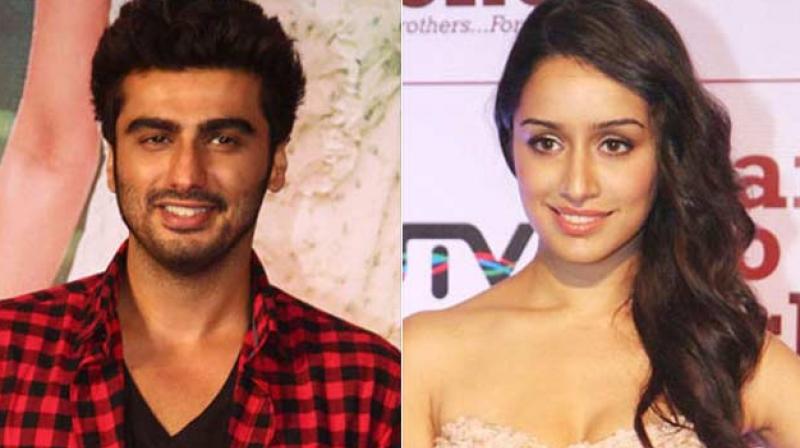 'Half Girlfriend' is an adaptation of Indian author Chetan Bhagat's novel ny the same name.

Mumbai: Shraddha Kapoor, who looked cheerful and breezy as a bumble bee at the trailer launch of her film 'Half Girlfriend,' says that she felt nervous and pressurised to play Arjun Kapoor (Madhav Jha's) half girlfriend.

Both Shraddha and Arjun Kapoor spoke about the current generation's relationship diktats and how even the parents are accepting the term ‘modern relationship’ in the space of technology.

At the trailer launch, when Shraddha Kapoor was asked about the Indian mentality still not being comfortable enough to accept the idea of an open relationship, the actress replied saying, "With every passing generation there is a revolution in terms of one's ideologies. There are parents who understand that their child is in a live-in relationship. Whenever I discuss about love or arrange marriage with my parents, then there's a discussion...I just feel that whatever makes anybody happy whether it's arranged, love or whatever, nobody should feel hurt in the bargain."

Well, Shraddha that's exactly true, nobody should be hurt in the bargain.

However, let us just remind you'll that Shraddha is rumoured to be in a live-in relationship with Farhan Akhtar, and apparently, daddy Shakti Kapoor had to drag daughter Shraddha out of Farhan's nest.

Well, the ideologies are to each his own.

Directed by Mohit Suri, film 'Half Girlfriend,' an adaptation of Chetan Bhagat's novel by the same name, features Shraddha and Arjun in the lead roles.