Vidya acted in films like 'Paa', 'Ishqiya', 'No One Killed Jessica', 'The Dirty Picture' and 'Kahaani'. 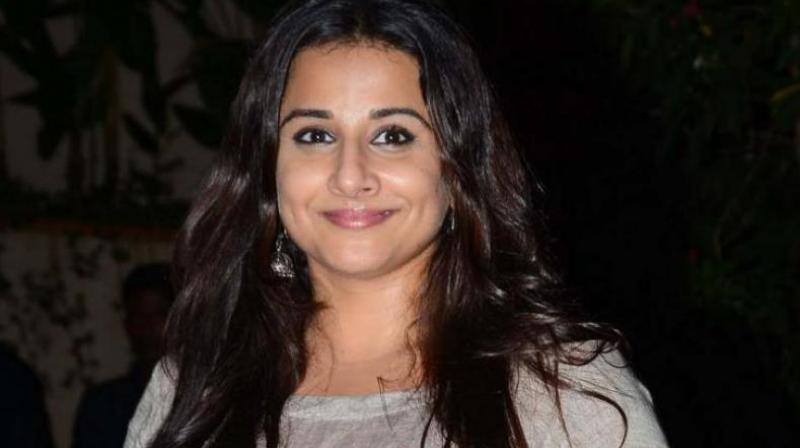 Mumbai: Vidya Balan believes that the world needs to know the stories of courageous women who fought their way through difficulties in life.

Vidya acted in films like 'Paa', 'Ishqiya', 'No One Killed Jessica', 'The Dirty Picture' and 'Kahaani'. These films revolved around fierce women.

"My work is an extension of my personality. In real life, I get drawn to the women who are strong, brave and overcome obstacles. I get drawn to heroic female characters as well. I think the world needs to know such stories," Vidya told PTI.

"For me, real heroes are those who overcome fears and obstacles in life. We should applaud such people and through cinema bring out their journey on screen," she says.

Acting is the only thing Vidya enjoys the most and she is not keen on producing or directing films.

"I am in the industry for 11 years and I have not bothered to even learn anything. I don't know if it's shameful or not. But I enjoy what I do and that's acting. I don't think I have the bandwidth to do anything else."

The National Award-winning actress will soon be seen in a hard-hitting film "Begum Jaan".

The actress had initially rejected the film when Srijit narrated her the idea two years ago.

"Srijit wanted to shoot the film with Rituparna Sengupta in Bengali and with me in Hindi, simultaneously. I couldn't work that time so I thought he will go and make a bilingual movie but he just made the Bengali version. I think I was destined to play Begum Jaan," Vidya says.

Srijit was determined to make the Hindi version with Vidya and when she saw "Rajkahini", she was blown away by the film.

"I am not into the idea of remakes but I couldn't resist this one. This story grabbed me. It's the story of a powerful woman (Begum Jaan), I loved her attitude, it's incredible," the 38-year-old actress says.

Set against the backdrop of the tumultuous events of the 1947 partition, Vidya plays the madam of a brothel whose house falls on the border of India and Pakistan.

The trailer shows Vidya mouthing abusive words and according to her, this part came easily to her.

"When I read the script, I knew I will have to mouth abuses. Her language and tone is so beautiful that even the abuses did not seem like one. I don't abuse at all but this was fun.

"The most difficult part was the physical violence. I have never hit anyone so when I had to slap a co-star, I was nervous. It was the toughest part."

Vidya says in real life she doesn't have a set of rules when it comes to opting for roles.

"I don't have any particular rules as such in my professional life. I just have to connect to the character. I should feel drawn to narrate the story, that's what drives my instinct to do a film. There is no maths to it," she says.