I am not replacing lulia Vantur: Sonakshi Sinha

The film Radha Kyun Gori Main Kyun Kaala suffered a blow when the studio backing it ran into controversy. 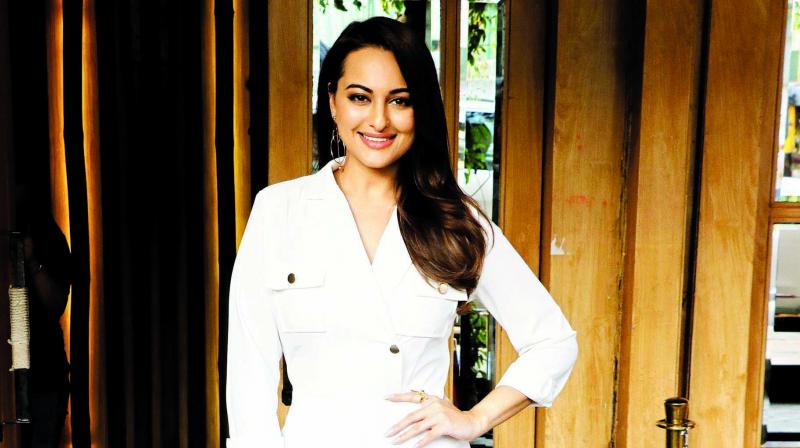 While there have been reports about Sonakshi Sinha replacing the Romanian beauty Iulia Vantur in the film Radha Kyun Gori Main Kyun Kaala, Sonakshi dismisses all these reports.

The actress says, “No, it’s completely untrue. I have not even been approached for that. In fact, Iulia called me the other day and told me there is a story that’s come out and we were laughing about it. So nothing of that sort (is happening) and I am not replacing Iulia.”

The film Radha Kyun Gori Main Kyun Kaala suffered a blow when the studio backing it ran into controversy.

Meanwhile, Sonakshi is back as Rajjo with Dabangg 3.

She says, “Rajjo is Rajjo! In fact, when I put out the picture of her, some fan club made a comparison of the photo like before and after and they were like it’s the same. I am just happy that I have not aged and (I am) looking better.”

Further she adds, “It’s a character that has already been established so there is not much that you can change around. You have to be that character and which is why we are making the film again because people appreciate it and want to see those characters again.” Talking about working with Salman again, she says, “There is no sense of nervousness working with Salman. In fact, I was waiting for a long (time) since Dabangg 2, so just being part of that feels great. So many people are still the same from Dabangg like DOP, camera team, so, it is like coming back home. I am happy Prabhu sir is part of this film.”