Entertainment   Bollywood  10 May 2017  Justin's mom Patricia to be interviewed by Twinkle Khanna during her current India tour?
Entertainment, Bollywood

Justin's mom Patricia to be interviewed by Twinkle Khanna during her current India tour?

Patricia Mallette, a Canadian author and film producer, will spend ample time with her son during his India tour. 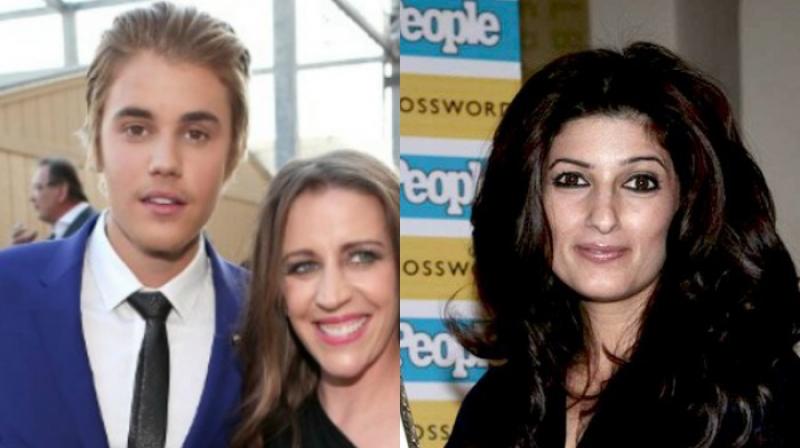 Mumbai: The heartthrob of millions, Justin Bieber, finally landed in Mumbai on May 10, by his private jet and immediately headed to hotel St. Regis, where he is stationed currently.

Apparently, the singing sensation’s mother Patricia (Pattie) Mallette has accompanied him along with his entourage to India.

According to several reports, Justin’s mom may or may not attend his concert, because she has planned her India trip more of as a vacation.

Patricia Mallette, a Canadian author and film producer, will spend ample time with her son during his India tour.

Rumour has it that the organisers have planned a one-on-one conversation between Pattie and Twinkle Khanna, which is yet to be locked.

A source informed a portal, “It is true that Justin’s mother will be a part of the touring entourage and the organisers are curating a bespoke experience for the entire crew right from the time they set foot in India. Since India is a brand new experience for them, the organisers are arranging for two different crews for both, the mother and the son, so that their individual requirements and itinerary can be taken care of.”

The mother-son duo faced a rough patch in their relationship due to Justin’s bad behavior, but they are now trying to fix their estranged relationship.

We hope the India tour will work in favour of the mother-son relationship.

Meanwhile, Justin’s concert at DY Patil stadium will take place in an hour’s time, and he is all set to perform at 8 pm.