Ajay is better at pampering the kids, says Kajol

The actress also revealed that she is an avid reader and that she approaches scripts like she does books. 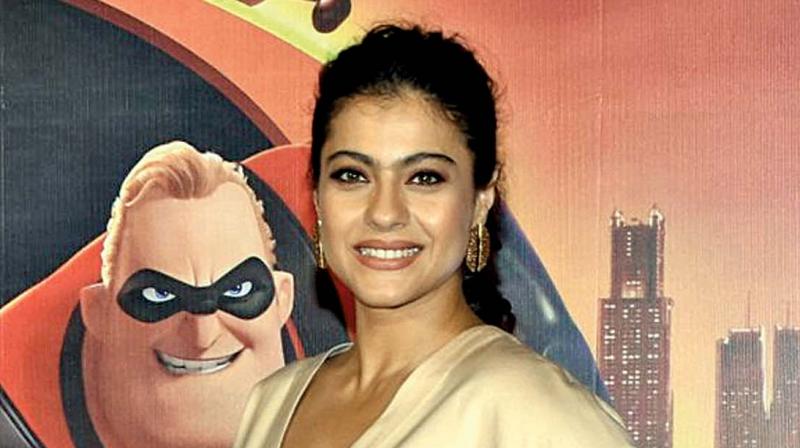 Kajol is both, a doting mother and a talented actress, and knows how to balance films and personal life. However, between Ajay and her, Kajol says that she is the stricter parent, while hubby Ajay Devgn pampers the kids.

“He is much better at pampering the kids. I am very conscious about rules, the time they should sleep and eat food, etc. He pampers them absolutely,” Kajol said.

The 43-year-old actress is the voice of Helen Parr, aka Elastigirl in Incredibles 2 and she says the experience of giving voiceovers is very strange.

“I don’t like dubbing for myself, it is the most painful and boring process. If you are dubbing for yourself then it is bad and if you are doing it for somebody else then it is twice as worse. But, at the end of it, it was great fun. To dub for Elastigirl was very exciting,” she said.

Incredibles 2, which will release on June 22, is the sequel to Disney-Pixar’s 2004 animated superhero film.

The actress also revealed that she is an avid reader and that she approaches scripts like she does books.

“I am a reader. I love reading; it is my passion, hobby, my meditation. I feel a good script should be like one of those books that you read till 4 am and you know you have to get up at 7 am and go to work. It is a book that is unputdownable,” says the actress. Kajol doesn’t like getting hung up on the length of her role either.”I don’t think whether I am the main lead or have enough to do in the film or not, whether it’s two scenes or half a scene, to do it, the film should be of that kind that it has a solid and strong impact that will stay with you,” the Baazigar actress said.