Superstar Rajinikanth’s latest release ‘Kaala’ has faced trouble in Karnataka after his comment on Cauvery issue. 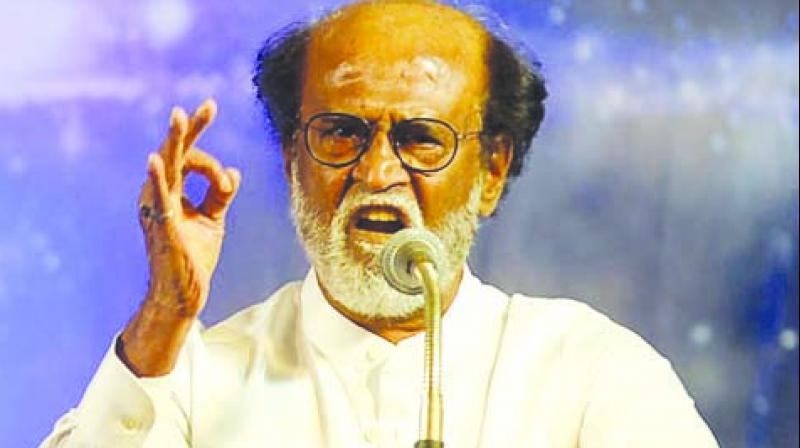 Superstar Rajinikanth’s latest release ‘Kaala’ has faced trouble in Karnataka, especially after his comment on the Cauvery issue. It thus released in fewer theatres and received lesser viewers.

In fact, according to a report on Indian Express, the movie managed to earn just Rs 30 lakh as against its expectation of Rs 5 crore on day one in Karnataka.

‘Kaala’ distributor Kanakapura Srinivas told Deccan Herald, “I expected ‘Kaala’s box office collection in the state to cross Rs 5 crore on the opening day. The protests and uncertainties have left us with a huge loss. Rajinikanth’s films are (usually) screened round-the-clock in single screen theatres and more than 15 shows (per day) in multiplex theatres. Box office collections would soar.”

Not only ‘Kaala’, Rajini’s already delayed film ‘2.0’ might further be pushed for 2019 release.

A source close to the film informed Bollywood Hungama, “With the amount of VFX work on 2.0 that is still pending there is no way the makers will be able to release the film this year. In fact, the producers are currently working out a perfect release date for the film that will now hit screens in 2019 and an announcement of the same will be done in the last quarter if the year.”

When prodded for more details on the same, the source further adds, “By this year end, the makers of 2.0 are look at completing majority of the VFX work but this constant delayed has created yet another problem and this time it is the budget that has gone haywire.”