Entertainment   Bollywood  10 Jul 2018  Did you know? This actor who fell in love with Priyanka 'played cupid' for her, Nick
Entertainment, Bollywood

Did you know? This actor who fell in love with Priyanka 'played cupid' for her, Nick

He is the second known common factor, apart from their MET Gala appearance, between the two global stars. 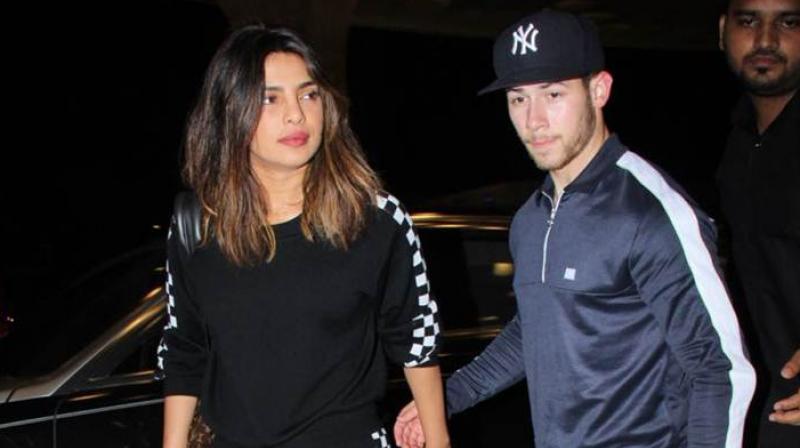 Priyanka Chopra and Nick Jonas in Mumbai on their recent trip.

Mumbai:  Even without saying a word (actually just writing some), Priyanka Chopra and Nick Jonas have made it obvious that they are not just dating, but also going very strong.

But did you know who played ‘cupid’ for the latest couple in town? Hint: He’s a popular actor and perhaps the second known common factor, apart from their MET Gala appearance, between the two global stars.

‘Baywatch’ and ‘Jumanji: Welcome to the Jungle’, now did it ring a bell in your mind?

Okay, we are talking about Dwayne 'The Rock' Johnson, who was recently asked about the latest couple in an interview with Entertainment Tonight.

On the query about setting up the two, he replied asking, "Are they happy?"

He then joked, "Well then, I take credit. ‘Baywatch’ and ‘Jumanji.’ If they’re happy.”

Though Priyanka and Dwayne never dated, they were known to be extremely close friends during the filming of ‘Baywatch’ and even after that.

Dwayne had famously revealed how smitten he was by Priyanka in an interview with CNN News 18 in 2017, where he said, “I love this woman, it’s funny when she came to America… She was over here, signed with our agency, with my agent, we immediately had that connection.” He had added, “We got on the phone, we immediately vibed, we share the same DNA, the same ambition… Not only did I fall in love with her, we had this crazy idea that she would be an amazing villain on ‘Baywatch’.”

Dwayne is joking or did he actually set them up? If not him, who else did? Or was it love at first sight for the couple?