The film’s shooting is underway, and has been slated for release on April 10 next year. 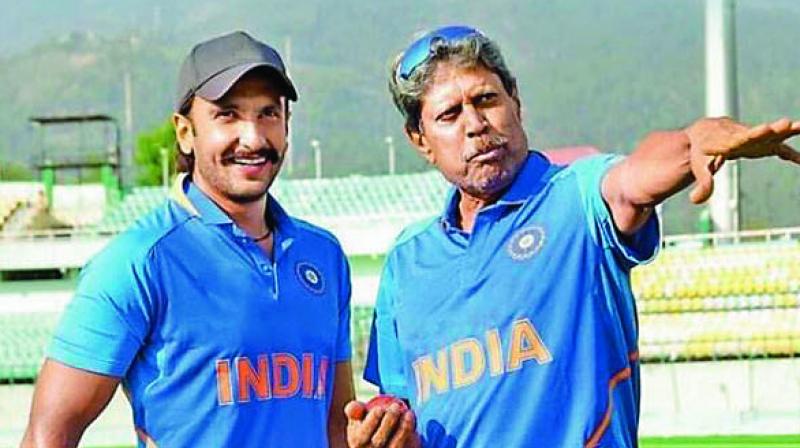 Ranveer Singh-starrer ‘83, which is directed by Kabir Khan, is a biopic based on the Indian cricket team’s victory at the 1983 World Cup in England. In the film, Ranveer essays the role of team captain Kapil Dev, better known as ‘Paaji’ or ‘The Haryana Hurricane’.

The film’s shooting is underway, and has been slated for release on April 10 next year.

A source who was flying to England from Qatar to mark his attendance on the sets, says, “The shoot of ‘83 is going at a fast pace, as the filmmakers wish to bring the film to cinemas on the release date that has been fixed. They are also leaving no stone unturned while deciding on the promotional activities of the film as well.”

So the million-dollar question is, when and where will the next promotional event take place? Our source says, “We are working on our next promotional activity of the film, which will take place in Mumbai. This will happen soon after the shoot in England ends.”

The source adds that a tentative date for this is July 17 this year. “It could be first look, trailer, or anything else. The actual event and what will be shown on par with promotions has not yet been zeroed on,” says the source.