Entertainment   Bollywood  10 Jul 2019  As an artist, you should do a film like this because society needs it: Ayushmann
Entertainment, Bollywood

As an artist, you should do a film like this because society needs it: Ayushmann

In a recent tell-all, Ayushmann Khurrana opens up about the importance of doing the film. 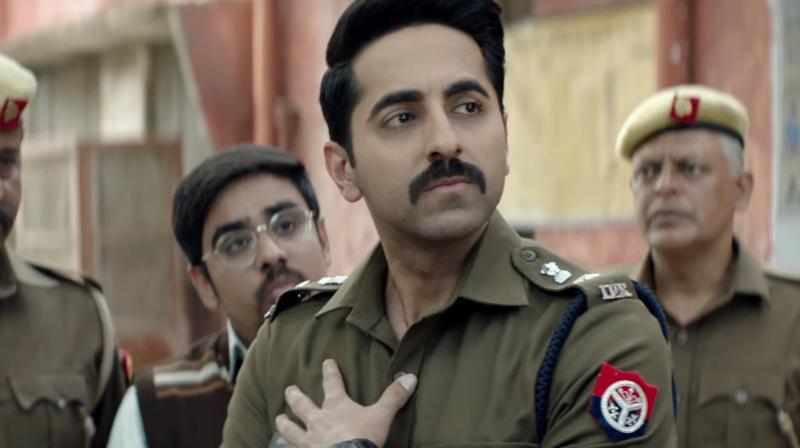 Mumbai: Ayushmann Khurrana's Article 15 which has been creating headlines with its real and relevant storyline with the backdrop of investigative thriller has also grabbed the attention of the audience with the actor’s never seen before heroic cop avatar. In a recent tell-all, Ayushmann Khurrana opens up about the importance of doing the film.

Talking about the film, Ayushmann Khurrana says, "I posted on my Instagram that it is one of the most relevant and important films of Indian cinema because we don't talk about these things. its a brave attempt from my side and from the director's side also. And I guess the success of the last four films, it gives me the courage to do this film, because it is, you don't think about the commercial gains when you do a film like this. It's like social responsibility, as an artist you should do a film like this because society needs it. At the same time, the movie should be intriguing, the intriguing value should be there so that the people are interested in watching the film so that's entertainment at the same time. So, I was always interested in this, coming from the background of street theatre where we tackle social issues and its a social issue. It only happens in the subcontinent and nowhere else".

Ayushmann Khurrana who is also receiving immense appreciation for his bravest choice with opting this film, the actor who comes with a lot of responsibility feels- it is a social responsibility to do a film like this.

Article 15 has a stellar support cast of Isha Talwar, M Nassar, Manoj Pahwa, Sayani Gupta, Kumud Mishra and Mohammed Zeeshan Ayyub who deliver a power-packed collective performance along with Ayushmann, an actor who has a profound ability to identify great scripts. With a talented bunch like that, it sure is a promising deal!

The Anubhav Sinha directorial, Article 15 released on June 28 and the film definitely has gripped the nation with its catchphrase, ‘Ab farq laayenge’ and the numbers are proof enough to say that the audience is loving the movie.