It promises a real story about the controversial encounter that happened in Batla House, 11 years ago in the national capital. 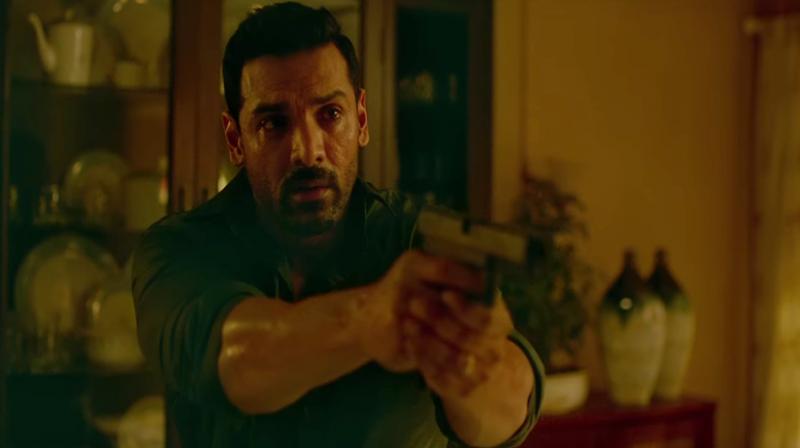 Screengrab from the trailer of Batla House. (Photo: YouTube/T-Series)

Mumbai: With the trailer of Batla House, John Abraham is ready to bring the truth behind Delhi's 2008 encounter on the big screen. Recently, the makers launched posters and promos that gave the audiences a sneak-peak into the encounter and what happened in Batla House. The built-up campaign left everyone intrigued for the trailer. After much anticipation, the trailer of the film was launched at an event in Mumbai in presence of actors John Abraham, Mrunal Thakur, Nora Fatehi.

It promises a real story about the controversial encounter that happened in Batla House, that took place 11 years ago in the national capital. Also present at the event were director Nikkhil Advani, writer Ritesh Shah and producers Bhushan Kumar, Monisha Advani, Madhu Bhojwani and Sandeep Leyzell. Batla House is directed by Nikkhil Advani.