Future generations will watch the film, and the image of Hrithik Roshan as Anand Kumar will linger. 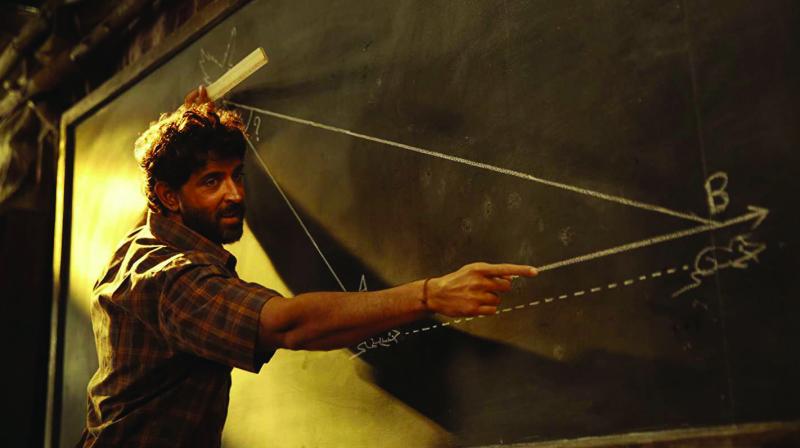 Globally celebrated mathematician, Anand Kumar is over the moon. After watching Super 30, the biopic on his life where Hrithik Roshan has played him, Anand feels he is all set for posterity.

“Future generations will watch the film, and the image of Hrithik Roshan as Anand Kumar will linger. Not too many people know what I look like. But everybody knows what Hrithik ji looks like. And he has played me with such conviction! I felt I was watching myself on screen. Of course, I am even as handsome as he is. But I think he has captured the essence of my personality,” says Anand, who is neck-deep in appreciation and gratitude.

The mathematician adds that Hrithik has captured every nuance of his personality. “The way he talks, walks, slouches while sitting, or the tone in which he addresses student — these are all a spitting image of me. I don’t think any other actor would have played my part so convincingly,” he says.

He also firmly shut down those who feel Hrithik exaggerated the speech and other aspects of Anand’s personality. “A lot of Biharis do talk in a certain way, there is nothing secret about that. If you hear how I speak, you will see why Hrithik ji got his accent. People have also objected to his skin complexion; they say he’s darkened himself. But I am many shades darker than he is. What is wrong in being authentic while playing a character?” he asks.

As far as Anand is concerned, Hrithik has aced the part. “He is everything I’d want an actor to be while playing me,” the mathematician concludes.