Swara Bhasker came in support of her senior saying it is 'shameful' of people to target artiste of Azmi's calibre with fake allegations. 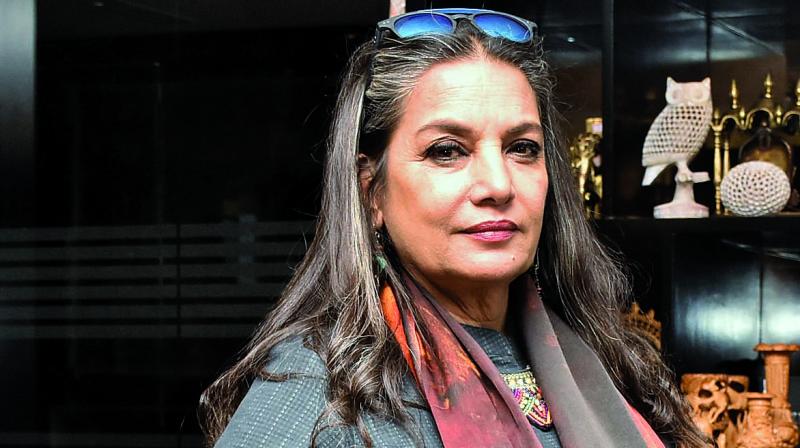 Mumbai: Shabana Azmi, who came under fire for her remarks that if anyone criticises the government they are dubbed as anti-national, on Tuesday attacked religious fundamentalists in her response to the criticism.

The veteran actor questioned the uproar over her remark, which she made while addressing a gathering in Indore on July 6, where she was feted with an award for her work for women empowerment. "So much uproar over my one remark? Didn't realise I was so important in the eyes of the right wing. Muslim fundos fun also passed fatwa against me for shaving my head for Deepa Mehta film 'Water' to which Javed Akhtar response on record was shut up. All fundos are mirror images of each other. "I'd like to remind people that my father Kaifi Azmi returned his Padma Shri when Congress was at the centre in protest against a UP minister who had said that those asking for Urdu to get second language status should be paraded on a donkey with their faces blackened," Azmi posted on the microblogging site.

So much uproar over my 1 remark?Didnt realise I was so important in d eyes of d right wing 😜Muslim fundos also passed fatwa against me 4shaving my head for @IamDeepaMehta film ‘Water’2which @Javedakhtarjadu response on record was SHUT UP.All fundos r mirror images of each other

Id like to remind pple that my father @AzmiKaifi RETURNED his Padmashri when Congress was at the Centre in protest against a UP minister who had said that those asking for Urdu to get 2nd language status shud b paraded on a donkey with their faces blackened.

From Hindi film industry, actor Swara Bhasker came in support of her senior saying it is "shameful" of people to target an artiste of Azmi's calibre with fake allegations. "It is shameful how an artist of the profile and calibre of Shabana Azmi ma'am is being relentlessly targeted with fake allegations by people who have not contributed 1/100th of what she has to modern Indian popular culture and discourse. More power to you ma'am," she wrote on Twitter.

Thank you my dear .. https://t.co/trqCqtbrk4

On Saturday, Azmi, without naming any political party or ideology said, people should not be afraid to speak their mind in the interest of the country. "If we do not point out the flaws, how would the conditions improve?" she had asked. "But the atmosphere now is such that if you criticise, especially the government, you are immediately branded as anti-national. We should not be afraid of this. Nobody needs their certificate," she said.