During the trailer launch of her next film Simran, Kangana Ranaut made sure she answered all the media questions with utmost simplicity. 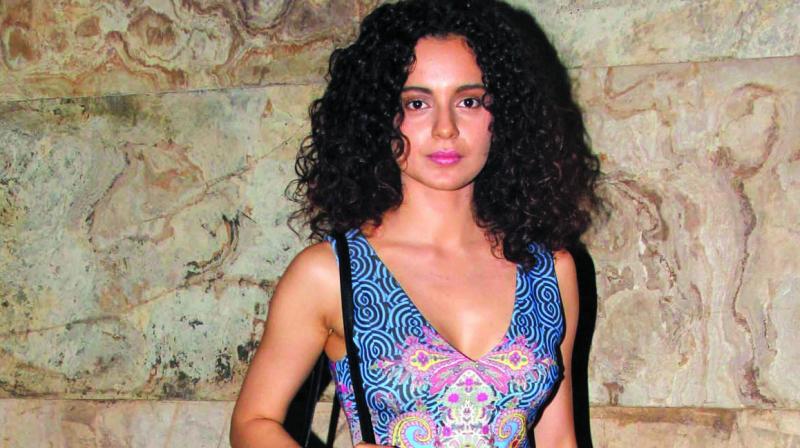 The actress, who decided to keep mum on the nepotism issue, says she had to fight her way to get what she deserved. She says, “My journey has been quite different. I have to fight for everything in life, even the smallest of  things. I get things only after I fight for them. Now, I have made peace with it.” She added, “I don’t take offence when you use the word rebel for me. But I will take what is mine, be it by fighting or any other means,” she added.

In May this year, writer Apurva Asrani had a showdown when he was told by Hansal Mehta that Kangana would be getting writing credit for Simran with him.

Shedding clarity on this whole issue she said: “There is a lot of misconception regarding this. I would like to clarify there are no dues pending. It has been made to look like he hasn’t been given his due, whereas we have done exactly what he asked for.” She further added, “He suggested that I take the credit as the additional dialogue writer — all the documents and contracts were signed too. In fact, we also worked for a schedule together after that. He decided to write a post after Rangoon flopped. Two to three people attacked me, which I thought was in a very bad taste.”