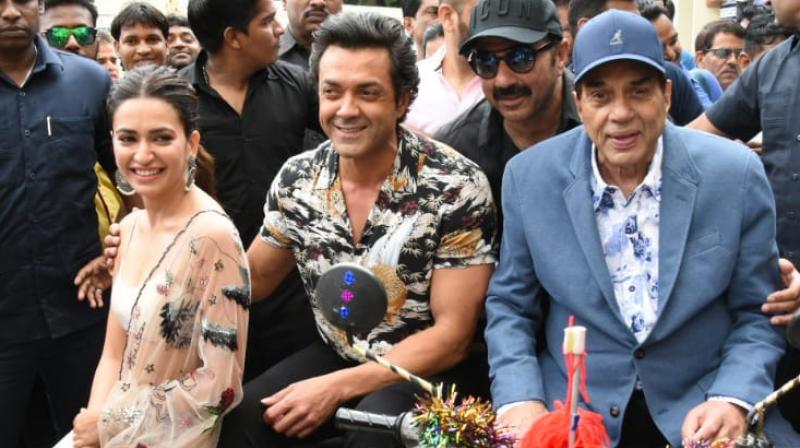 During the trailer launch event, Dharmendra was asked about the experience of working with Salman, Sonakshi and Rekha. The veteran star was all praises for Bollywood's Bhaijaan. He said, “Today, if I call anyone from the industry, everyone will be there because of my family’s goodwill. Salman himself is a very good human being. I love him, he’s a wonderful person. He’s genuine. Once I was shooting a film near a lake, and that was for the first time I saw Salman, he was quite shy then and even today he is very shy. While shooting, the camera dropped in the lake and he dived into it to take out the camera. That time I was like, ‘he is quite courageous too.’ He is an emotional man. If you aren’t a good person, you are nothing.”

Speaking about his ex co-star Rekha-ji and Sonakshi, Dharam Paaji was at his witty best. He said, “Haaye Haaye Haaye! (Blushes). Sonakshi is like a daughter but Rekha is my old friend. We have done a lot of films together. They all came, I felt so good. I’m thankful to her. She’s a good girl (jokes).”