Being the leading name of Netflix, Radhika Apte is ruling all the platforms and she is practically everywhere. 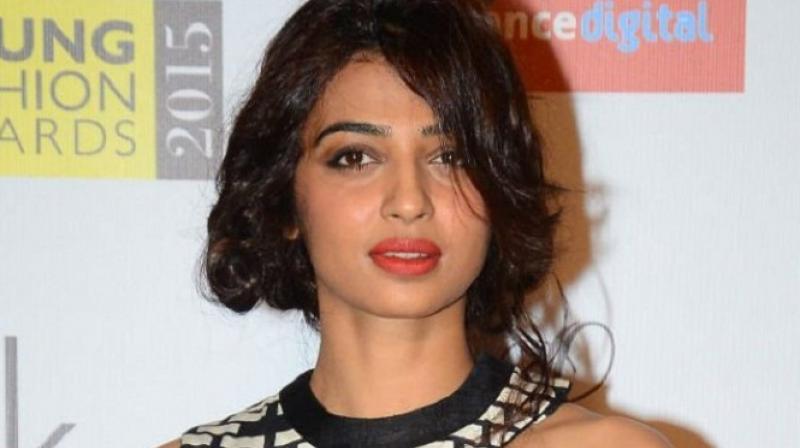 Mumbai: ‘Indie Star’ Radhika Apte is riding high on the success of her choice of projects and how, as she is getting appreciation from all quarters and after two of her movies namely ‘Andhadhun’ and ‘Padman’ won at the 66th National film awards, Netflix has gone berserk and they wished her in the funniest and quirky way.

They shared, “Congratulations to Andhadhun on winning the National Film Award for Best Hindi film. We’re not saying this because Radhika Apte is in it, but yes Radhika Apte is in it”. Reading this, surely it’s not just us who cracked up but also, the entire audience for the omnipresence she holds! 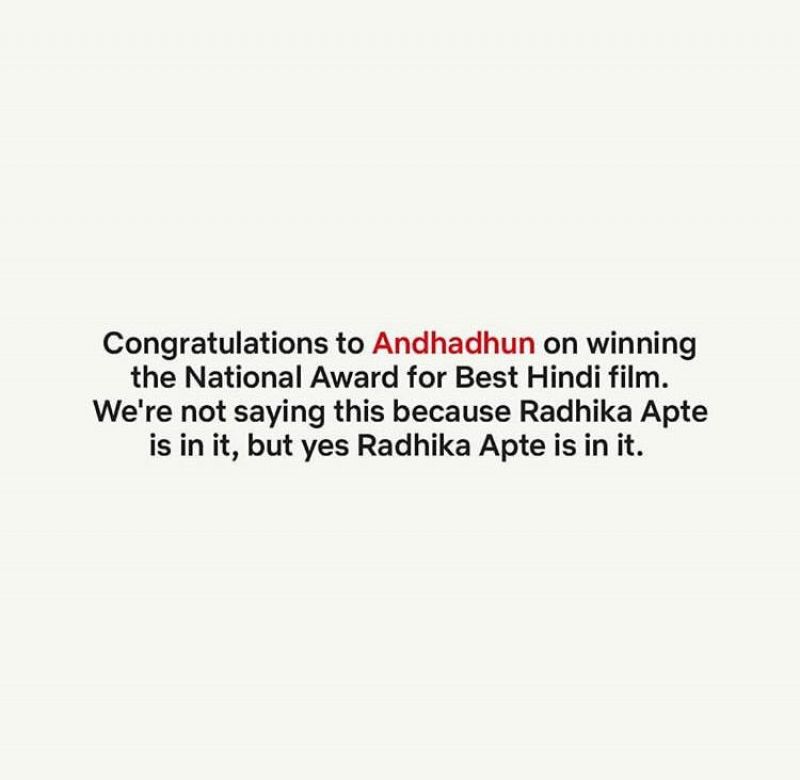 Being the leading name of Netflix, Radhika Apte is ruling all the platforms and she is practically everywhere. The actress is on funny and quirky memes on a daily basis and they are surely keeping her in the limelight.

The actress has given us some big hits and she is known for her unconventional portrayals and the actress will continue to win the hearts of the audience wherever she goes.

Radhika Apte will be next seen in a film alongside Nawazuddin Siddiqui for which the actress has already finished the first schedule shoot in Lucknow, The pair were last seen sharing screen space for a web series.