Shocking: Sonakshi Sinha made Akshay Kumar fall flat on his back; watch video

Sonakshi Sinha is currently busy promoting her upcoming film 'Mission Mangal' along with Akshay Kumar, Vidya Balan and others. 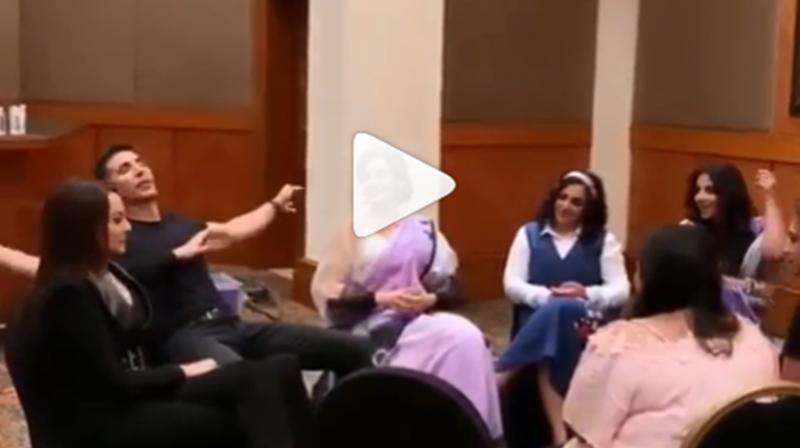 Sonakshi Sinha made Akshay Kumar fall flat on his back. (Photo: Instagram)

Mumbai: Sonakshi Sinha is currently busy promoting her upcoming film 'Mission Mangal' along with the rest of the cast of the film, which includes Akshay Kumar, Vidya Balan, Taapsee Pannu, Kriti Kulhari and Nithya Menen. They all are having a lot of fun promoting their film together and Sonakshi keeps us all updated on that by making hilarious videos and posting it as her stories.

Recently, a funny accident happened during their media interaction. Sonakshi pushed Akki who was sitting on his chair and after losing the balance, he fell flat on his back!

Later, Taapsee cleared that Akshay himself might have told Sonakshi to do that to scare the reporters present during the interaction.

Well, that definitely took us by surprise! Clearly, Sonakshi and Akshay share an amazing bond and they are always seen pulling pranks on each other. 'Mission Mangal' is all set to hit the theatres on 15th August 2019. Apart from that, Sonakshi Sinha is also shooting for Dabangg 3 and Bhuj: The Pride of India.