The actress was alleged to be a sycophant, using Karan Johar to advance her career 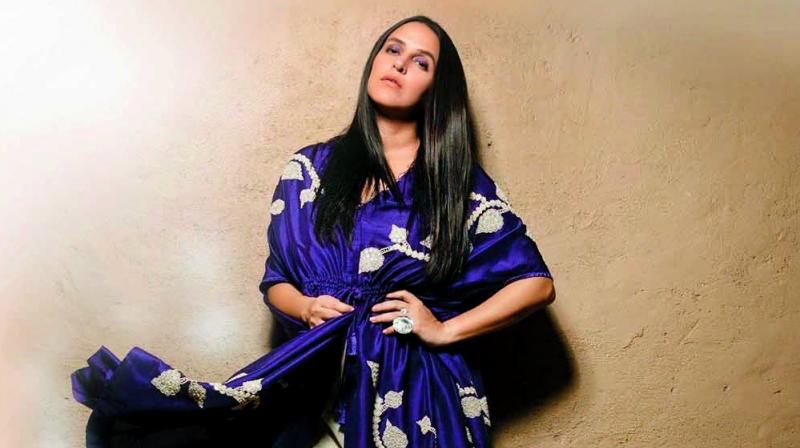 With the nepotism debate gaining traction, attacks and allegations are being torpedoed against one and everyone in Bollywood.

After Karan Johar, Alia Bhatt, Sonam Kapoor, Sonakshi Sinha and many other A-listers getting repeatedly trolled, not only by the netizens but also by the colleagues, Bollywood has become a war ground. And the recent to have been made allegations against is Neha Dhupia.

Taking to Twitter, actress Suchitra Krishnamoorthi, who has starred in movies such as Kabhi Haan Kabhi Naa, and My Wife’s Murder amongst others, pointed scathing fingers at Neha’s career trajectory. She alleged Neha to be a sycophant, using Karan Johar to land her talk show stint.

“Peeps it’s not #nepotisminbollywood one shld aggravate against but chamchagiri. I mean how did #nehadhupia suddenly get all these talk shows except that she is #karanjohar s new bestie and #femina Missindia 2002!!  - she’s no blood relative or star kid is she (sic).”

While receiving searing tweets is nothing new for the Lust Stories actress, Neha revealed she was hit the hardest by Suchitra’s tweet. In what is being called a befitting reply, Neha tweeted, “Dear ma’am , This is possibly the most distasteful and disgraceful tweet I have read ( trust me I have read a lot) to reduce a friendship of many years, that you know nothing about speaks volumes of you and the time you have at hand. I am proud to be self made ... a proud daughter , wife and mother .. and I have the deepest regards for women who can acknowledge that. #strongwomensupportstrongwomen (sic).”