Dilip Kumar’s nephew Faisal Farooqui had first shared the news about the actor’s ill health on his official Twitter account. 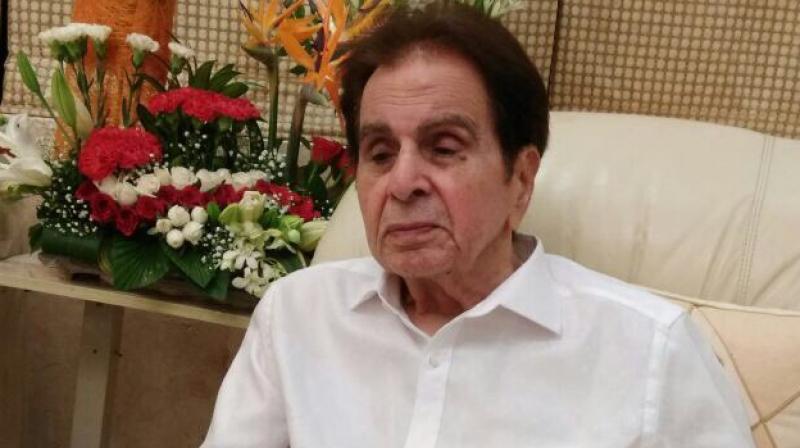 A file photo of Dilip Kumar

Mumbai: Legendary actor Dilip Kumar, who was admitted to a hospital due to chest infection, has shown “improvement” and is currently doing fine.

The actor was diagnosed with mild pneumonia, his wife Saira Banu told on Thursday. The 95-year-old actor was admitted to Lilavati hospital in suburban Bandra on Wednesday. “He is in ICU but is fine now. There has been a lot of improvement in his health. Doctors are doing the check-up and the treatment is on too. He is normal and we are very much happy with the progress,” said Ajay Kumar Pande, vice president of Lilavati Hospital.

Dilip Kumar’s nephew Faisal Farooqui had first shared the news about the actor’s ill health on his official Twitter account. “Saab has been admitted to Mumbai’s Lilavati Hospital as he was feeling a bit uneasy due to chest infection. He’s recuperating. Requ-esting your duas and prayers,” said his tweet. Dilip Kumar has given memorable performances in films such as “Andaz”, ‘Aan’, ‘Devdas’ and ‘Mughal-e-Azam’.