A social comedy set in a small town of Uttar Pradesh, the forthcoming film is being co-produced by Ajay Devgn. 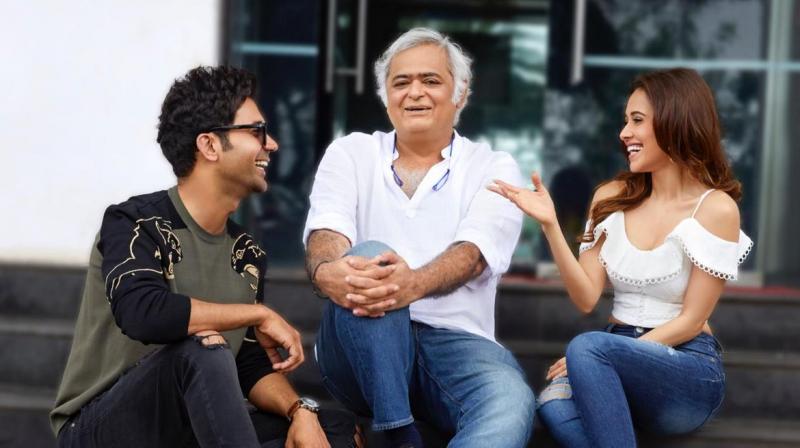 Mumbai: Rajkummar Rao and Nushrat Bharucha will star opposite each other in director Hansal Mehta’s next venture, 'Turram Khan'. A social comedy is being produced by Ajay Devgn, Luv Ranjan and Ankur Garg. The hit duo of Bollywood Hansal Mehta and Rajkummar Rao have previously churned out critically acclaimed movies like Shahid, Aligarh, CityLights, and Omerta.

On the other hand, Rajkummar and Nushrat have known each other since their days in Bollywood. They even made their debut with the same film, Love Sex Aur Dhokha.

Hansal Mehta said, “I am delighted to be collaborating with Luv on this comedy. It is a new chapter in my filmography with Raj (Rajkummar), whose success I see as a vindication of my belief in him. It is also wonderful to be working with Nushrat, whose work I’ve followed and liked immensely in the past. This is my first out-and-out comedy and it is like making my debut all over again.”

Rajkummar added, “Turram Khan is a comedy that the audience will take back home. Hansal sir has played an instrumental role in my career. He has created some interesting and memorable characters for me, and I trust him blindly. Also, I have known Nushrat since our days of attending auditions and screen tests. So, I am sure that this is going to be a fun collaboration.”

Nushrat is elated to be a part of the film and mentioned, “I love Hansal sir’s cinema and I’m looking forward to playing this earthy character from UP. The audience will see me in a different light. Over the years, Raj’s journey as an actor has been an inspiring one. He and Hansal sir share great camaraderie and I am excited to work with them."

The forthcoming film is a social comedy which is set in a small town of Uttar Pradesh. It is scheduled to go on floors by November 2018.