Karan Johar accompanied Kiara Advani and Vijay Deverakonda to a shoot in which both stars wore Manish Malhotra’s couture. 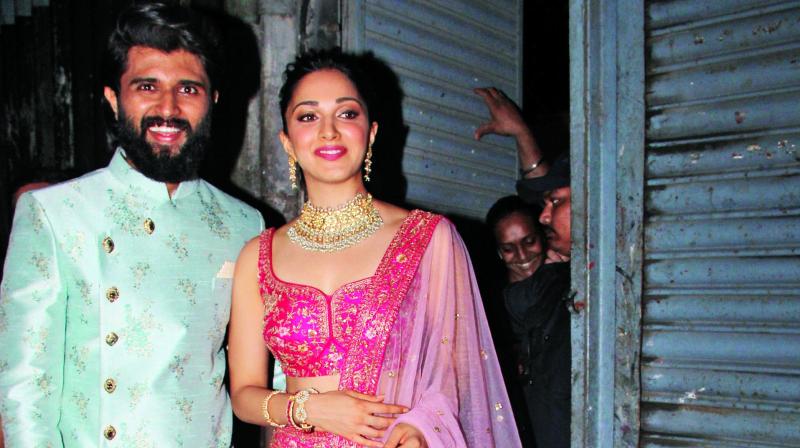 This is Vijay’s third visit to the city in the past few weeks, and it appears that he had come over for work. Some selfie-seeking fans in the vicinity also swarmed him, and the actor obliged. The buzz is that since Karan Johar had been planning a remake of Dear Comrade, Vijay and Kiara could have done a photoshoot for the same.

Kiara is now strongly entrenched in the Karan Johar camp, and could have bagged the role.
—Sanskriti Media