There is govt-sponsored terror in Maharashtra: Fadnavis on Kangana’s office demolition

The Shiv Sena, which is heading the MVA government, and the actress have engaged in a war of words after the latter likened Mumbai to PoK 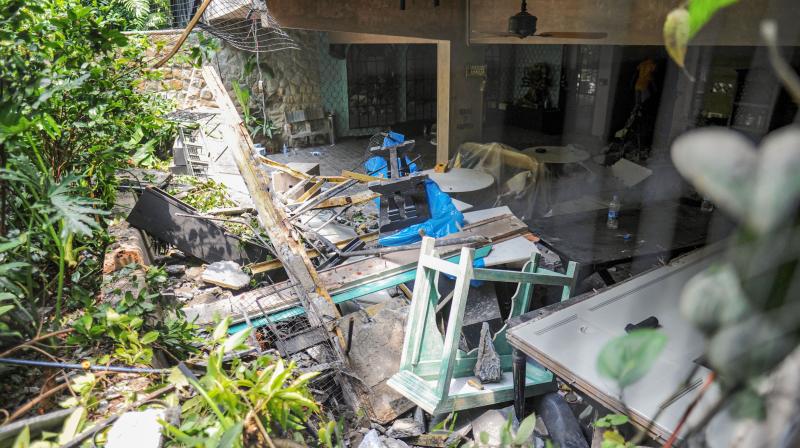 The Bharatiya Janata Party (BJP) alleged that Bollywood actress Kangana Ranaut’s office was demolished on Wednesday owing to her dissent against the Maha Vikas Aghadi (MVA) government. After the Brihanmumbai Municipal Corporation (BMC) razed illegal alterations at the Bandra bungalow of Ranaut, BJP leader and former chief minister Devendra Fadnavis the state of Chhatrapati Shivaji Maharaj has not seen such a “timid and anti-democracy” government till now.

The Shiv Sena, which is heading the MVA government, and the actress have engaged in a war of words after the latter likened Mumbai to Pakistan occupied Kashmir (PoK). Ranaut had said she feared Mumbai police more than the movie mafias. On Wednesday, the BMC team reached the Kangana’s bungalow at Pali Hill in Bandra with bulldozers and excavators and demolished
alterations carried out in the premises.

He said the razed structure stood at the spot for quite some time, but no action was taken earlier. “The action was taken only after the actress made the remarks,” the former chief minister said.

“Such action taken out of the sentiment of revenge does not suit Maharashtra and its rulers. In a way, there is a government-sponsored terror in Maharashtra,” Mr Fadnavis charged.

Meanwhile, without taking Ranaut’s name, NCP chief Sharad Pawar said “undue importance” was given to those making such statements. “We will have to see what influence such statements have on the people at large. In my opinion, people do not take seriously (such statements),” said the NCP chief.