Bipasha got your back!

Through her #IAmHere4U campaign, the actress has made a public commitment to increase awareness about mental health issues. 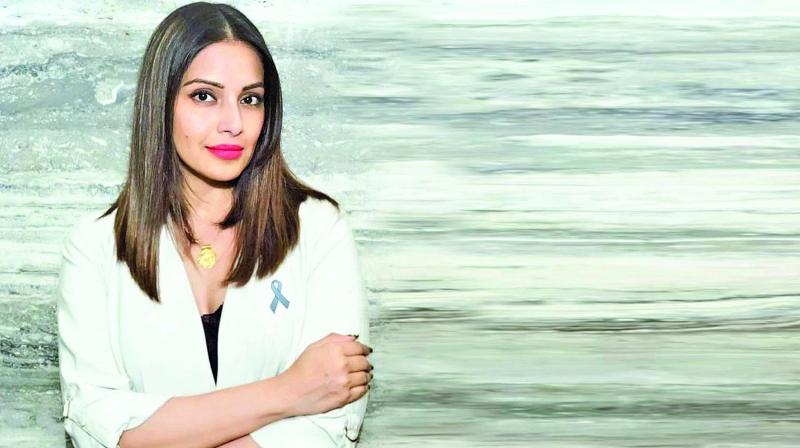 Bipasha Basu may not be busy with films (to our knowledge), but the actress has certainly been busy with her #IAmHere4You initiative for World Mental Health Day — The actress has pledged to contribute in creating awareness towards the cause in the country. While many still consider mental health as taboo in our country, Bipasha urges people to open up.

What made you take this initiative?
Everyone needs to understand that mental illness can be treated in different ways. We just have to create more awareness about it. The widely popular belief is that people who resort to therapy and visit a psychiatrist are ‘crazy’. This is the myth that needs to be debunked. It’s very important for the mind to be balanced, and that's the reason for picking this initiative. All of us are gung-ho about physical fitness, but if we don’t pay attention to mental stability then it’s going to affect the physicality and every aspect of our lives very deeply.

Mental illness is still considered as taboo in India, so how do you think people will open up to it?
Mental illness has been taboo because people here prefer to keep mum about it. We have to understand that if we don’t have mental stability, or even if there’s a mild disorder that’s not looked into and which the family is not aware of, then the sufferer can go through mental pain their entire life. There have been instances in my life where I have had people close to me who have suffered, and the best remedy for it is a support structure at home. I’ve had people around me who needed the support to fight it. But to give them the support, the family needs to empathise with them. Families and friends need to talk, which is a challenge in this day and age of social media. Communicating with your loved ones and detecting what they’re going through is instrumental to diagnosis  because these illnesses are unlike physical ailments that are visible. There are telltale signs of mental illness though, such as feeling sad all the time, inability to concentrate, obstinacy to stay in their shell, extreme mood changes, excessive anger, thinking of suicide, and changes in behavioural patterns. Mental illness is often coupled with alcoholism or drug use.

Many actresses have opened up about their own journey on depression. Have you ever been in that phase? If yes, how did you overcome it?
Many actresses have opened up about this, and they’re role models for people who are suffering from mental health issues. We have to understand that it shouldn’t be a stigma. I’m very happy that celebrities are coming forward to talk about it. I have been pretty fortunate to be living a balanced life.