Entertainment   Bollywood  10 Nov 2020  Filmmakers are looking at me for all kinds of roles now says Bobby Deol
Entertainment, Bollywood

The actor is enjoying the resurgence of his career as an actor, after he shed his cute hero image and started expanding his repertoire 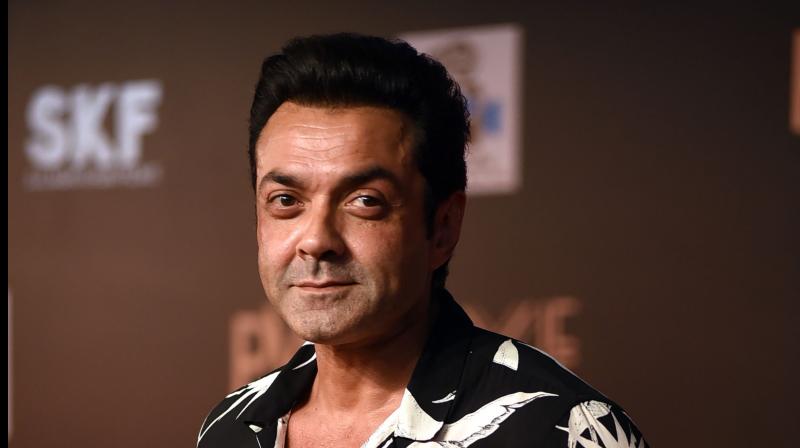 Bobby Deol has been getting a lot of praise for his portrayal of Kashipur Waale Baba Nirala in the Aashram web series. We talk to the actor about his decision to portray a negative role, the success of the series, which is going into Part 2, and how he plans to shape his career going forward.

The Deol family normally opts for positive roles. Yours has been quite a transformation from the cute, chocolate hero to a manipulative, power-hungry character in Aashram. How did you make that transition?

I always say we human beings have good and bad qualities. A good person is one who keeps his bad qualities suppressed. We humans are selfish, egoistic and greedy, so ruthless people too exist. You also get treated badly. You understand how people feel. Experience is a good teacher. All the actors in the show have done their parts so well, that’s why it has been able to attract so many viewers. The story has been written very well. I have received so much appreciation for my role that it almost seems like a dream!

What does your wife think of the role you are playing?

My wife knows exactly what I want to do with my career, what I am trying to achieve. She knew that when I was signing this project, I was very nervous because I had never played such a negative character.

After the huge success of Aashram Part 1, the second part of the web series will start airing on November 11. How does your character shape up?

Actually, we shot both parts of the series at one go. It was later broken up into two. Aashram 2 — The Dark Side will showcase an even worse side of the Baba. He will be seen manipulating every character, and playing his cards to fuel his greed for power. People enjoyed Part 1 so much that they are look forward to Part 2. MX Player has done an amazing job publicising the series.

Yes! I just want to say I am grateful to the audiences who have stood by me all these years. And the appreciation I received for my fresh start in 2020 has been overwhelming. I am really happy that I have actually entertained everyone amidst the gloom of the pandemic. When your work is seen during such times and people like it, you feel happy and grateful.

What are your plans for the future?

I have already begun shooting for a thriller project in Mumbai. The makers will soon announce whether it will be a film or a web series. I cannot reveal who is opposite me at the moment. I will begin my next film, Love Hostel, at the start of the next year. At my age, I cannot play romantic roles, but I accept the different, suitable roles that are offered to me and I am lucky that people are liking them. Earlier, I was stereotyped but now filmmakers have started looking at me to play characters that are different from the usual. I am happy that my second innings has brought loads of smiles for my family, my audiences and for myself too. This new phase of my journey has been encouraging and worthwhile.