Ranveer Singh's 'Simmba' gets an animated avatar on small screen 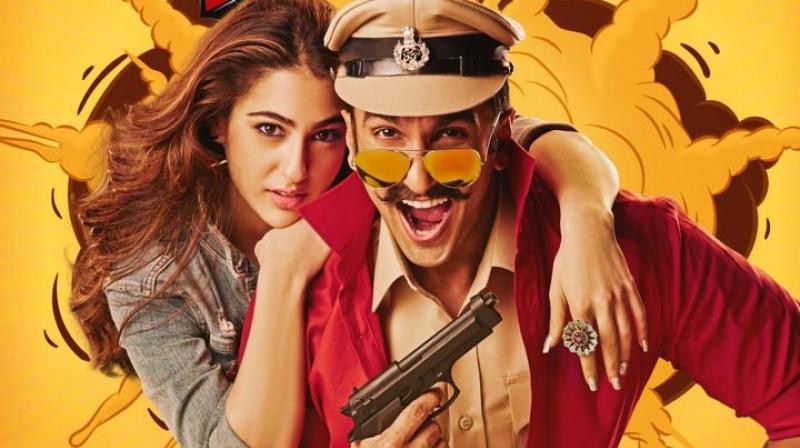 The show, which will air on Pogo channel, centres around the child version of Singh's Simmba aka Sangram Bhalerao. It follows the "hilarious cavorts of the quick-witted, mischievous, and fearless teenager, Simmba, who aspires to be a police officer".

"A fun-loving prankster with endless tricks up his sleeve, Simmba spends the better part of his days nabbing villains and miscreants. Thick as thieves with his friends Ricky and Kittu Khabari, Simmba finds himself on exciting adventures which perfectly represent his catchphrase, Mind is Blowing'," the official logline read.

Filmmaker Rohit Shetty, who directed the original movie, said the animation avatar of Simmba sounded exciting to him and he is happy with the way the series has shaped up "The blend of comedy and nail-biting action, with young Simmba's cool quotient, and funny traits, is sure to appeal to the young audience. I am eager for kids to experience the animated rendition of their favourite big-screen hero Simmba on POGO," Shetty said in a statement.

This not the first time that the lead character of Shetty's film has been turned into an animated child star. Ajay Devgn's "Singham" series also had an animated companion series with "Little Singham" in 2018.

"When Indian cinema's most popular characters are presented in animated universes with relatable stories, kids absolutely love it. We are excited to associate with industry stalwarts Rohit Shetty and Reliance Entertainment for this unique venture, and Diwali is the perfect time to celebrate this partnership.

Shibasish Sarkar, Group CEO, Reliance Entertainment, said he is thrilled to partner with POGO channel that has championed the evolution of kids' entertainment in India.

"Given the channel's vast and growing viewership comprising kids across the length and breadth of the country, there could be no better partner for Simmba's foray into the kids' entertainment space," Sarkar said.

Produced by Rohit Shetty Picturez in association with Reliance Animation, a part of Reliance Entertainment, "Smashing Simmba" will premiere on November 14 on Pogo.