Entertainment   Bollywood  10 Dec 2018  Language is no barrier at all, says Farhan Akhtar about KGF
Entertainment, Bollywood

Language is no barrier at all, says Farhan Akhtar about KGF 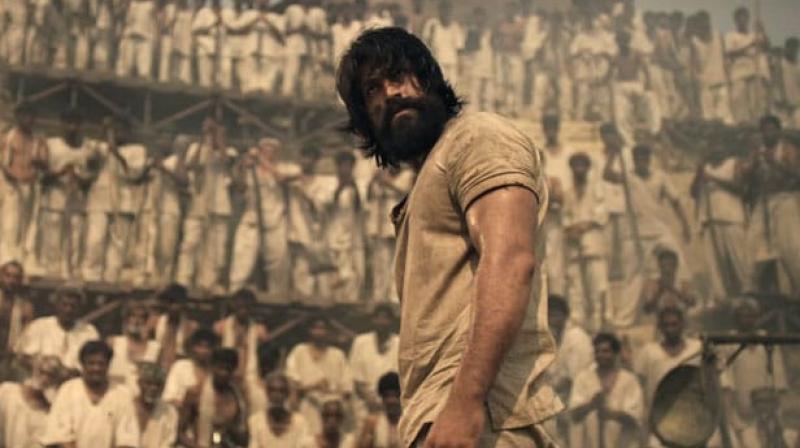 Yash in the still from KGF.

Excel Entertainment is another big film making company which is being associated with South films, their first venture being KGF: Kolar Gold Fields, which is being made in – Kannada, Hindi, Telugu,Tamil, Malyalam Japanese & Chinese. Presenter Farhan Akhtar spoke about the upcoming film. Excerpts:

How did you choose KGF?

Actually, sometimes it so happens that you may select script for its content. But at times a film selects you. Really speaking, Anil Thadani [distributor] came up to us and told us to take a look at this film KGF. We liked the film, the visuals of the film sounded very exciting thus Ritesh Sidhwani and I decided to present this film. Hopefully, after watching this many more people may come forward where we could associate ourselves. As far as this film KGF we feel this was the right thing to associate ourselves to the film.

In comparison to South films especially Baahubali and KGF and 2.0 etc why Bollywood films are not as huge vision as their films to them what’s keeping us away?

I don’t agree entirely, it’s not true. You have just taken names of just 3 films .These films are films with huge visuals and thus we know about them. Many other films we are not aware of, many other films in terms which have intimate drama and emotional content as well. The visual of these films that you have named excite the audiences much more. However, having said that, we have director Sanjay Leela Bhansali who is known to have given us epic visual films. Every industry and its culture has its own strengths. It’s important to play along those strengths. You will learn and go along. Similarly with American films which are like – Superhero film…its probably easier for people to understand what’s going on.

This is the best time we are experiencing on par with making films. Language is no barrier at all. I feel the demography of the audiences watching different good films is changing. Getting associated to films from any arena is indeed like an expansion to all film makers. We are able to add to our culture from different states. I don’t look at films content belonging to South, East, North or west. We are able to associate to different regions, with their culture and religion that’s important for us. Through film we can entertain and engage the audiences that are more important.

KGF starring Yash, is slated to release on December 21.