Don’t have an appetite for social life: Akshaye Khanna

Akshaye Khanna gets candid about his upcoming film Sab Kushal Mangal, his father and why he goes off the radar, every now and then. 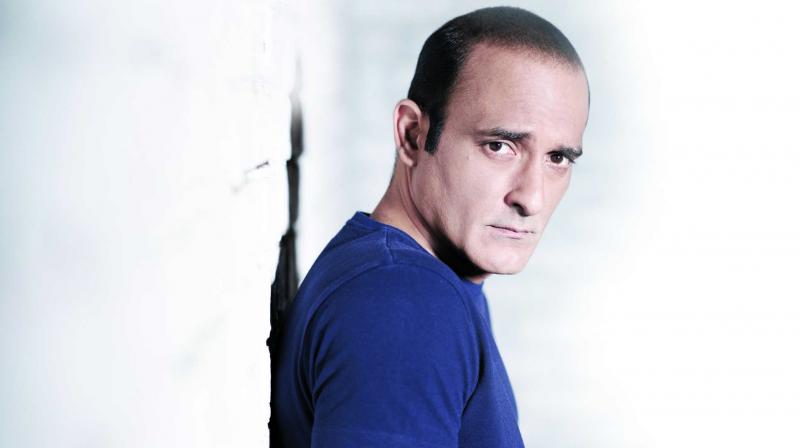 Akshaye Khanna’s identity is not limited to his late father, veteran actor Vinod Khanna. Having spent over a decade in the industry, the actor has carved a niche for himself owing to his sophisticated yet entertaining role choices. Even with his recent outings, as a criminal lawyer in Section 375, Sanjaya Baru in The Accidental Prime Minister, or an investigator in Ittefaq, Akshaye’s filmography continues to stun.

The 44-year-old is currently working on romance-drama Sab Kushal Mangal, starring newcomers Priyaank Sharma, son of Padmini Kolhapure-Sharma, and Riva Kishan, daughter of Ravi Kishan. Elated about the film, Akshaye says, “It is not one of those ‘leave your brain at home’ kind, and neither will it be pitched like one of those films.”

He further promises that the film is a well-written comedy. “It is a fun film and it’s after a long time that I have done a genuinely sweet film. The last couple of films I have done were more on the serious side and this is an out and out comedy,” shares the actor.

A success story
As for the Aa Ab Laut Chale actor, it is the role that is of utmost importance than the screentime. “When I read the script of Ittefaq, I knew, in terms of the screen time, that it was a slightly smaller part. But in my mind, it was the hero of the film. Similarly with Accidental.... and Section 375,” he explains.

The actor goes on share that he is a director’s actor and puts utmost confidence in them. However, he doesn’t shy away from a tough conversation in case of a conflict. “I might follow, argue, or put up a fight with the director, but I need them and rely very much on them. If you put me on a set without a director, I will not be able to function. I need that person looking at me, guiding me,” he reveals.

Far away from social media Akshaye states, “I don’t have an appetite for being social or public life, which is why I don’t do it. But what is great about social media is that, it has given voice to the people.”

Off the radar
When asked if he would continue his pattern of disappearing after wrapping a project, Akshaye smiles and reveals, “There have been many, and I don’t know why that happens. I can’t find what I want to do, so it takes some time. And with me, as opposed to other actors, sometimes it takes a lot of time”.

Moving further the actor is eagr to explore the digital space. “I love watching that kind of storytelling, which is different from films. It is quite elongated. I like it,” says the 36 China Town actor, who is currently hooked on The Crown and admits to never watching one show at a time.

The Dil Chahta Hai actor also wishes to work with the entire stream of present directors in the industry. “When someone like Aditya Dhar (an AD on one of Akshaye’s films) went on to make a good film, you never know who comes up with what,” he shrugs, adding that an open mind is crucial in the business. “You have to be very careful in our business to be open to everything.

It is easy to say, ‘I would love to work with this one’, but you never know what is going to come or what a person is capable of. Sometimes you can miss the bus also. If you are too focused on who is currently successful, it blurs your vision,” he warns.

Papa’s boy
When it comes to his father, Akshaye says their bond was unique. “I had an amazing relationship with my father. It was a great balance, in that it was neither backslapping nor was it one where the child is scared of the parent,” he shares.

While he has many favourites among his father’s films, he can’t pick one to be remade. “I don’t know how many parts he played in his career. And not all, but many of them were very much involved with physicality,” he concludes.