The state government has also sought a response from film producers over objections to the movie. 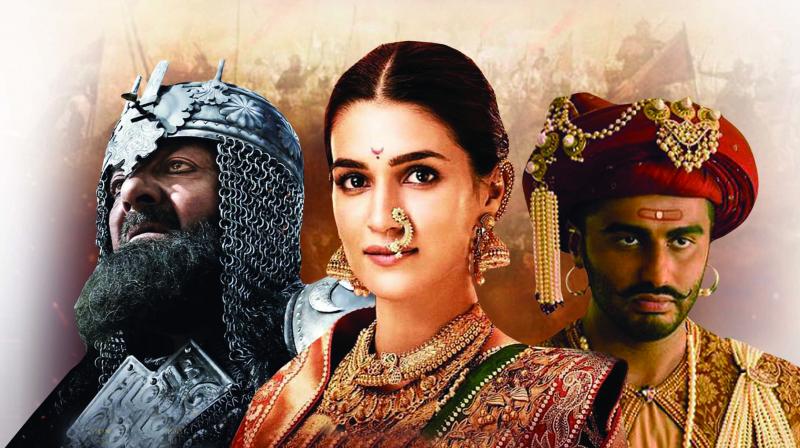 The state government has also sought a response from film producers over objections to the movie. According to the management at some cinemas, the shows were cancelled in view of growing resentment and protest against the film. The shows were cancelled at several cinema halls, including Raj Mandir, Cinepolis and Inox theatres at Jaipur. "All shows of the film have been cancelled. The 12-noon show had to be cancelled due to a protest. No untoward incident was reported due to police presence," Raj Mandir manager Ashok Tanwar said.

"Several cinema halls have discontinued the screening of the film in view of the protest. Cinema halls have to bear the brunt in such a situation against a film which is being screened after clearance from the Censor Board," Raj Bansal, general secretary of the Rajasthan Film Trade and Promotion Council, said. He said the central government should form a committee to examine the a film's script and content before sending it for clearance to the Censor Board. "I am writing to the information and broadcasting minister to raise this demand. Earlier, the industry suffered due to protests against Padmaavat," he said.

An Inox official said in a statement that the screening of the movie at the multiplex in Jaipur was stopped. On the other hand, the state government sought a response from film producers. A delegation of the Jat community met Additional Chief Secretary (Home) Rajeeva Swarup, demanding a ban on the film. "The community leaders have expressed their sentiments against the film. We are seeking a response from the producers through the film distributor," the officer said. He said the government would look into what it could do within the ambit of law. Meanwhile, protests against the film were held in Jaipur, Bikaner and Bharatpur. In Bharatpur, Tourism Minister Vishvendra Singh, MLAs Wajib Ali, Mukesh Bhakar and Ramswaroop Gawadia demanded a ban on the film. Protesters damaged a lobby of a cinema hall in Jaipur. A complaint was filed with the Mansarover police station against the film producers.

Complainant Ramavtar Palsania alleged that the producers had distorted historical facts and insulted Surajmal. The complaint was kept for a probe and no FIR was registered, SHO Sunil Kumar said. Additional Police Commissioner (Jaipur) Ajay Pal Lamba said adequate security arrangements had been at the theatres where the movie was screened. "Police is alert and no one will be allowed to disturb law and order. Adequate security arrangements are there where the movie is being screened," he said.

Meanwhile in Rohtak, the All-India Jat Aarakshan Sangarsh Samiti sought a ban on the film with its national president Yashpal Malik alleging distortion of historical facts. The organisation demanded legal action against the film producer besides a ban on it in Haryana, Uttar Pradesh, Rajasthan and other places. Earlier, Chief Minister Ashok Gehlot told reporters that sentiments of people should not be hurt and it would be better if the film was screened after people's satisfaction. "I believe that art and the artists should be respected but they should also take care that any caste, religion, class, great personalities and gods are not insulted," Gehlot said.

"The reactions that are coming about the portrayal of Maharaja Surajmal ji in the film... such a situation should not have been created," the chief minister said, adding that the Censor Board should intervene and take cognisance of it. The movie is based on the Third Battle of Panipat fought between the Maratha empire and Afghan king Ahmad Shah Abdali in 1761.

Arjun Kapoor plays the role of Sadashiv Rao Bhau, commander of the Maratha army. Bharatpur king Surajmal is shown as having denied help to the Maratha army. About two years back there were protest in Rajasthan and some other northern states over the portrayal of legendary Rajput queen Padmini in Sanjay Leela Bhansali's "Padmaavat".