Makers have been trying to get the two back on-screen again, after 'Karan Arjun' and 'Kuch Kuch Hota Hai'. 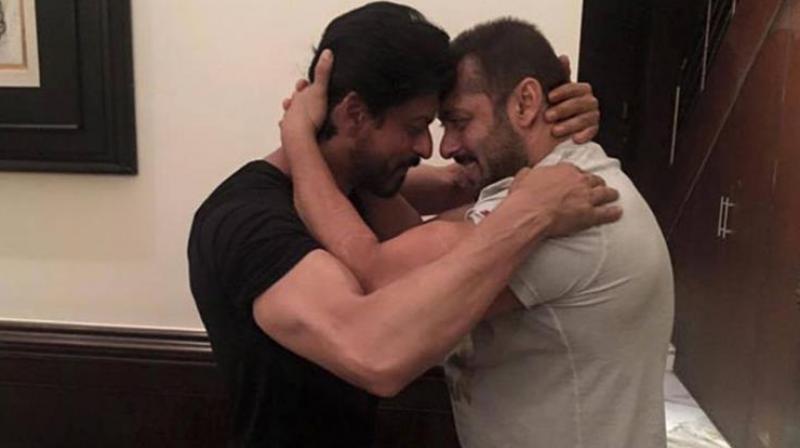 The friendship between Shah Rukh and Salman has been growing since their patch-up.

Mumbai: To see two superstars in one film is extremely rare in a competitive industry like Bollywood. But audiences are set to witness one such sight soon.

Kabir Khan, who gave Salman Khan the most acclaimed film of his career in 'Bajrangi Bhaijaan,' has managed to do what no one else in recent times has been able. His upcoming Salman Khan starrer, 'Tubelight,' will also feature Shah Rukh Khan in a very pivotal cameo.

The two Bollywood supremos are great friends in real life and makers have been trying to get the two back on-screen again, after such cult hits as 'Karan Arjun' and 'Kuch Kuch Hota Hai'.

But now, as per reliable sources, the film have the two reuniting on-screen, after a long gap of 15 years (Excluding the Om Shanti Om cameo by Salman) and a cracker of a film awaits us.

'Tubelight,' also starring Sohail Khan and Chinese actress Zhu Zhu, has the actor playing a child-man, to the backdrop of the 1962 Sino-Indian war.