CBFC has received a letter from a Hindu organisation saying that the film’s hero Varun Dhawan must not be named Badrinath. 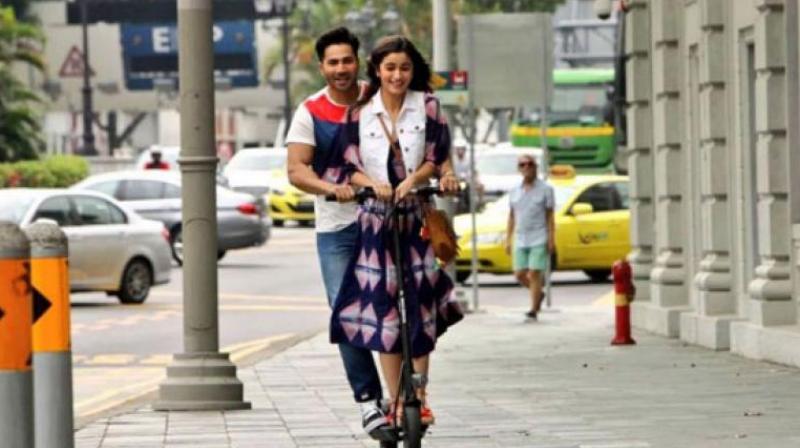 Barely weeks after Sanjay Leela Bhansali’s Padmavati was targeted by a religious group in Jaipur, it seems like another prominent film is going to face the heat from radicals.

Director Shashank Khaitan’s  Badrinath Ki Dulhnaiya, featuring Varun Dhawan and Alia Bhatt,  has come under the radical radar apparently, confirms a reliable source. Central Board Of Film Certification (CBFC) has received a letter from a Hindu organisation saying that the film’s hero Varun Dhawan must not be named Badrinath.

Says the source, “The religious organisation argues that Badrinath is a place of pilgrimage where devotees of Lord Vishnu and Goddess Laxmi gather to pray. By mentioning Badrinath in the context of flirtation, the holy place is being ‘defiled,’ the organisation argued. ‘Change the name to Badri from Badrinath,’ is the demand in the letter.”

Apparently the CBFC has informed the film’s producer Karan Johar of the demand. While Karan was unavailable for comment, it is significant that this is the second time in three months that a film  produced by the filmmaker is being targeted. In November all hell broke loose when Karan’s Ae Dil HaiMushkil was targeted for Pakistani actor Fawad Khan being in the cast.