Entertainment   Bollywood  11 Feb 2017  Tamma Tamma Again: Varun and Alia give you the party anthem of the season
Entertainment, Bollywood

Tamma Tamma Again: Varun and Alia give you the party anthem of the season 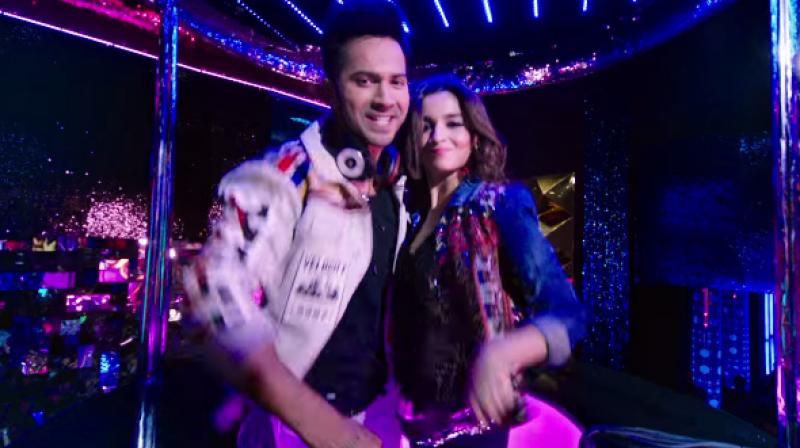 Screengrab from the video of 'Tamma Tamma Again'.

Mumbai: After the superb success of 'Humpty Sharma Ki Dulhania', Varun Dhawan and Alia Bhatt are set to come back together in another 'Dulhania' film, titled 'Badrinath Ki Dulhania'.

After the trailer and the title track of the film garnered a good response, the makers are out with a new song ‘Tamma Tamma Again’.

The news of Karan Johar recreating the famous Sanjay Dutt-Madhur Dixit starrer song had come out while the film was still in the making. And few teasers of the song, one which saw Varun and Alia recreating the famous step from the song, was also shared by the makers.  The lead pair has been trying to create buzz about the song by showing to Madhuri and Sanjay, both of who loved the versions and promoted it.

The song, composed by Bappi Lahiri, has been recreated by Tanishk Bagchi but retains the voices of Bappi Lahiri and Anuradha Paudwal with additional rap by Badshah.

While the original song had a stage setting to it, this new version is more the club types. Varun and Alia do a good job performing the signature steps from the original song, even copying some of Sanjay and Madhuri's styles and even do the new steps well.

The song seems likely to become a chartbuster!

‘Badrinath Ki Dulhania’ is gearing up for release on March 10 and is directed by Shashank Khaitan.