In a press statement, Sarv Brahmin Mahasabha said that film’s producer Kamal Jain on Saturday reached its office in Jaipur. 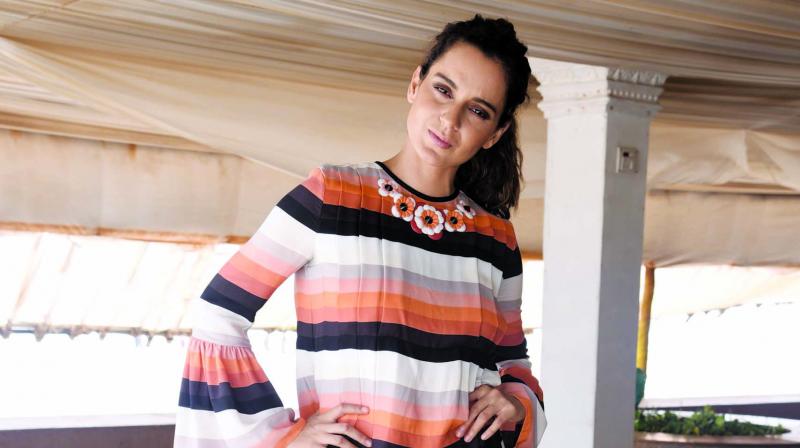 Jaipur: The controversy over Manikarnika: The Queen of Jhansi seems to have ended for the time being. The makers of the film have reached an agreement with Sarv Brahmin Mahasabha on Saturday.

In a press statement, Sarv Brahmin Mahasabha said that film’s producer Kamal Jain on Saturday reached its office in Jaipur. He handed over a letter to the Mahasabha president Suresh Mishra regarding his queries. In the letter, Jain assured that there was no distortion of the history in the film. “There is no romantic song or sequence with the Britishers in the film,” he added.

In the letter, Jain categorically denied that the film was based on Jayshree Mishra’s controversial book “Rani”. “We have not referred the (sic) Jayshree Mishra or any other writes who wrote degrading history in Lakshmi Bai,” the letter reads.

According to Kamal Jain, M.R. Vijayendra Prasad of Bahubali and Bajrangi Bhaijan fame has researched with a huge team and written the story after consulting a good number of scholars and historians. He also informed that CFBC chairman Prasoon Joshi is penning the dialogues and lyrics of the film. “We are making Manikarnika with a great passion and huge respect towards the great woman who is unmatchable in her reputation,” Jain said. Following the written clarification from the makers, an agreement was signed by the two sides. Mahasabha assured that the controversy over the film was now over and he can continue shooting in Rajasthan.

Early this week, Mishra had alleged in a press conference that Manikarnika was based on Jayshree Mishra’s novel, which was banned by the Mayawati government for showing Lakshmibai to be involved in an affair with a British officer Robert Ellis.

He had also alleged that there was a romancing love song between the two. Mishra had shot off a letter seeking explanation from the makers. He had threatened to disrupt the shooting till the maker gave assurance that there was nothing of the sort that was alleged.