The actress looks back at working on her 1972 film Dastaan, and shares her wish for a comeback. 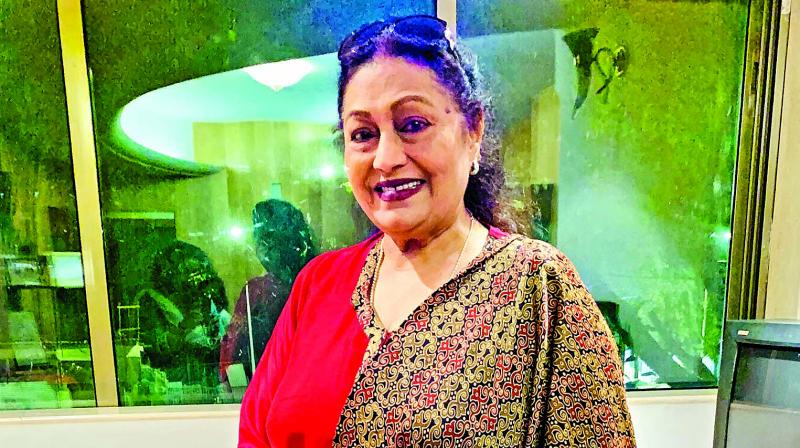 Veteran actress Bindu has worked with the best in the business in her days, including the iconic Dilip Kumar in the 1972 film Dastaan. “I was lucky to work with him. BR Chopra (producer and director)  approached everybody – Sadhana and Mala Sinha — and all said we will not do this vamp’s role. Saira Banu informed me about it, and she also said that I am married so I cannot perform this character now. Yash (Chopra) ji was also involved in it, and he was trying all heroines. They also did makeup tests of the late Jayalalithaa, but they rejected her. The makeup dada Pandhari informed me that my name is now being discussed. I was then called and got to do that role,” she recalls, adding that her co-star was an enigma.

“Dilip sahab was such a perfectionist, he had to walk down the staircase in this scene and he literally walked up and down 15 times. I also did the same with him. He asked me if I was tired, but I told him, ‘No, I am learning how to improvise by doing this’. When the take was okayed, he said, ‘Ladki kar gayi’ (The girl did it),” she smiles.

When asked about making a comeback to cinema, Bindu says she is waiting for the right offer. “I am getting offers, but I do not wish to perform guest appearance

kinda roles. I want to do good, meaty roles that will suit my age. Recently, I worked with director Farah Khan and I’m waiting for something good. I don’t mind working with SKF (Salman Khan Films) banner, but someone from their banner needs to approach me,” she laughs, adding that she does miss working in the industry.

“I do miss the camera, of course. The fame, name, and money… everything matters a lot. My fan following is still going strong and is in place there. I can never promote myself and ask for roles. Dev Anand sahab had come home to narrate the story of Des Pardes and he was adamant about me doing that role,” she reveals in conclusion.