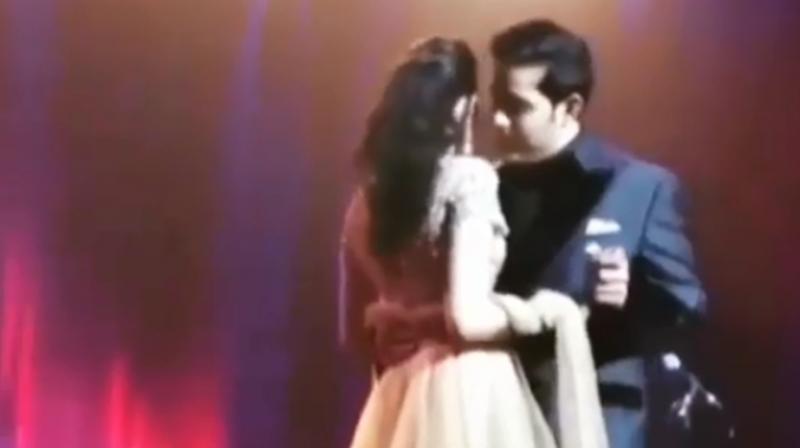 Mumbai: Akash Ambani-Shloka Mehta's wedding festivities turning out to be one of the most trendy affairs on social media. Right from Bollywood celebs like Shah Rukh Khan, Ranbir Kapoor and others dancing as Baraatis to Nita Ambani's folk dance at the post-wedding celebration, Ambani wedding's videos have been getting a lot of hits on the social media.

Amidst all, popular American pop rock band, 'Maroon 5' too added some Akash-Shloka's wedding celebration with a private performance. Interestingly, on the song of the frontman of 'Maroon 5' Adam Levine, the newlywed couple did a romantic dance which will make you feel 'Awww'.

In videos posted on Instagram, Akash and Shloka can be seen slow-dancing and lip-syncing as Adam Levine croons their popular number 'She Will Be Loved'. Well, this private concert of Maroon 5 was specially arranged for a newlywed couple.

Apart from that, the groom's mother Nita Ambani too performed a dance to Krishna bhajan 'Achyutam Keshavam'.