A source close to the Bachchan family reveals, “Amitji is very keen to see Agastya become the third-generation actor in his parivaar. 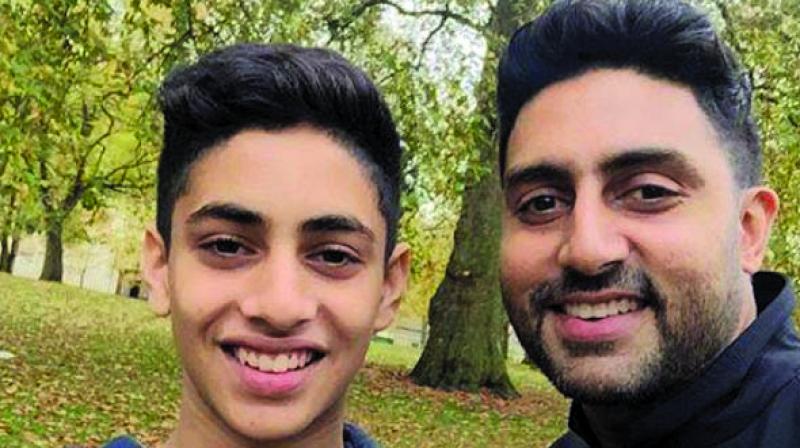 There is no dearth of talent in the Bachchan family. So even though Amitabh and Jaya’s gorgeous granddaughter Navya Naveli has no interest in pursuing films, their second grandchild and daughter Shweta’s younger son, Agastya Nanda, is all set to enter Bollywood.

However, there’s an interesting twist in the story! While the entire Bachchan clan is keen to see Agastya make a lasting impression in front of the camera, the 17-year-old naturally tends towards filmmaking.

A source close to the Bachchan family reveals, “Amitji is very keen to see Agastya become the third-generation actor in his parivaar. But Agastya loves direction. In fact, he has just completed a short film which has turned out really well. Agastya not only wrote the script and directed the film, he also composed the background music for it.”

Moreover, “When Amitji and Jayaji saw the film, they were bowled over. They now feel Agastya could be the first filmmaker in their family, although if truth be told, Jayaji has been prodding her son Abhishek to move into direction for the longest time. But we feel Agastya will beat Abhishek to the honour,” added the source. Agastya’s short film will soon be available on YouTube.