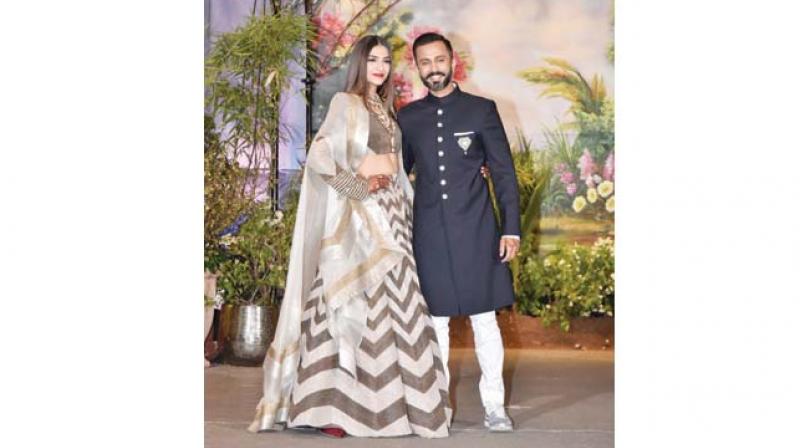 Sonam Kapoor and Anand Ahuja looked gorgeous at their star-studded wedding reception. While it is usually Sonam who sets tongues wagging with her unusual fashion choices, this time it was her husband. The groom looked dapper as he stepped out in a smart bandhgala sherwani paired with white sneakers.

Sneakers with traditional attire for a wedding! Twitterati nearly went into frenzy. “Was loving all the pics from #SonamKiShaadi until I saw pic of Anand Ahuja wearing sport shoes at his reception (sic),” wrote Deepika Bhardwaj.

Twitter users even started coming up with reasons for his choice of footwear. Amteshwar Sethi wrote, “I am assuming Anand Ahuja wore those Nike sports shoes to reception because he might have refused to pay shagun to his sisters-in-law for ‘Joota chupaahi’ ceremony in exchange of his traditional shoes (sic).” 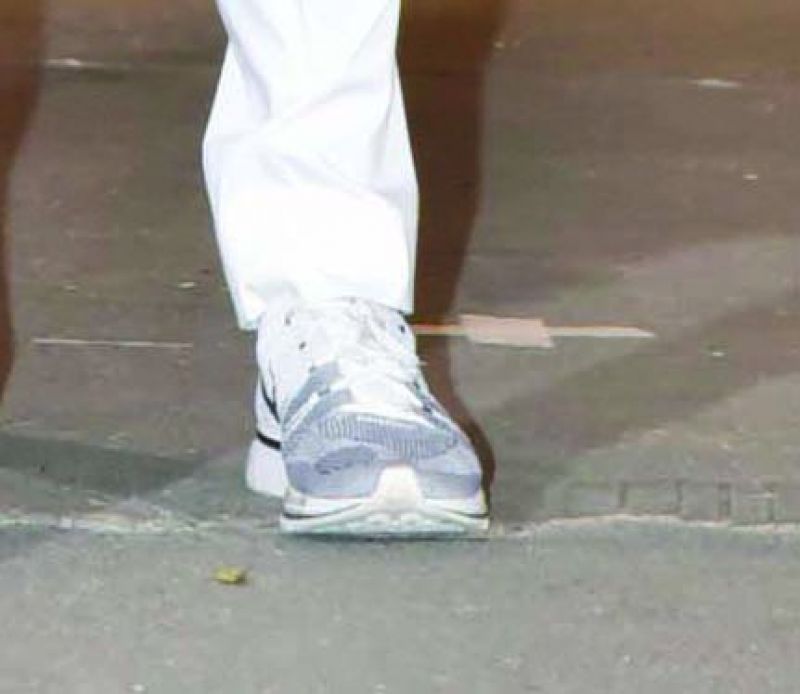 Reportedly, Anand is massively obsessed with sneakers and has a huge collection of over 100 pairs. In fact, he is a co-founder of Veg Non Veg, India’s first multi-brand sneaker boutique — a venture launched when high-end kicks started trending in India. The boutique houses major international footwear brands such as Nike and Adidas, as well as lesser-known labels such as Visvim. In April 2017, Anand was featured as one of GQ India’s “Sneakerheads of Instagram”.

Anand's love for sneakers seems to be rubbing off on fashionista Sonam as well. In his most recent Instagram post, both Anand and Sonam are seen sporting them. Can we expect her to walk down a red carpet in sneakers? Only time will tell.