In fact, Salman has modelled his character in the circus episode exactly on the lines of Dharmendra’s in the 1970 movie. 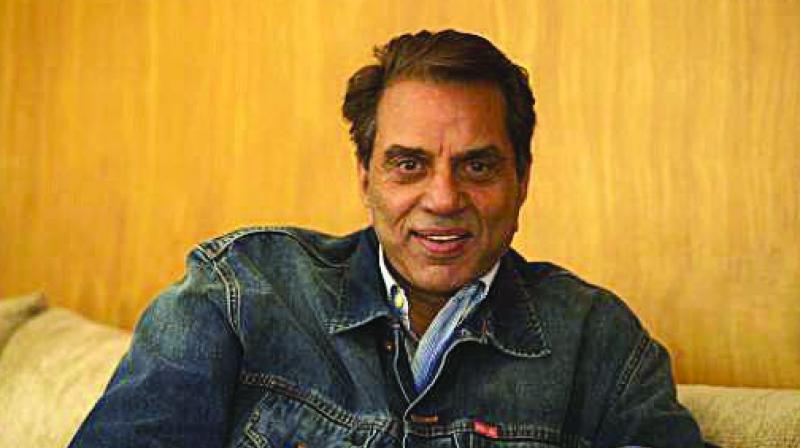 Not many know this, but Salman Khan hero-worships Dharmendra. The Bodyguard actor looks for ways to pay the ‘He-Man of Bollywood’ compliments either off or on screen. Hence, when an opportunity came to pay Dharmendra a tribute, Salman grabbed it with both hands.

In fact, Salman has modelled his character in the circus episode exactly on the lines of Dharmendra’s in the 1970 movie.

When the veteran actor was informed about Salman’s homage to him, the legendary actor fondly says, “Salman is like my third son (after Sunny and Bobby). He has always shown the greatest love not just for me, but also for my entire family. I am very fond of Salman. I am not surprised if he has modelled his character on me. He always says I’m his role model, so nice of him.”

It must be mentioned here that when Bobby Deol’s career was on a downfall, Salman gave him a meaty role in Race 3. Salman also made a guest appearance recently in Dharmendra’s family film Yamla Pagla Deewana Phir Se.

Salman Khan’s next to have no actress?

Salman Khan, who is currently busy promoting his film Bharat, will be seen in another movie Veteran, which is an adaptation of a Korean film.

The 2015 Korean film revolves around a detective, who hunts down a young and successful man running a crime syndicate. The remake of the original film, whose rights were acquired by Atul Agnihotri, is touted to be bigger and better than the original. Although, what’s interesting is that the film is likely to have no heroine.

A source close to the project reveals, “Salman is thrilled about this project which will go on the floors next year. Mainstream Bollywood films generally have leading ladies, but this film will not have any actress and will only see Salman taking the lead.”