Within an hour, the tweets from his account were deleted and the display picture and cover photo were removed. 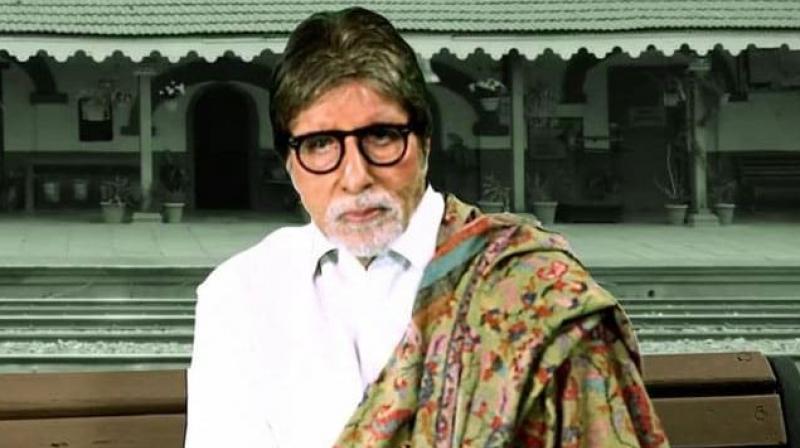 The hackers praised and displayed their friendly relations with Pakistan while slamming India for alleged attacks on Muslims during the holy month of Ramzan.

The hackers pinned a tweet saying, "This is an important call to the whole world! We do condemn the irrespective behaviours of Iceland republic towards Turkish footballers. We speak softly but carry a big stick and inform you about the big Cyber attack here. As Ayyildiz Tim Turkish Cyber Armny +++" 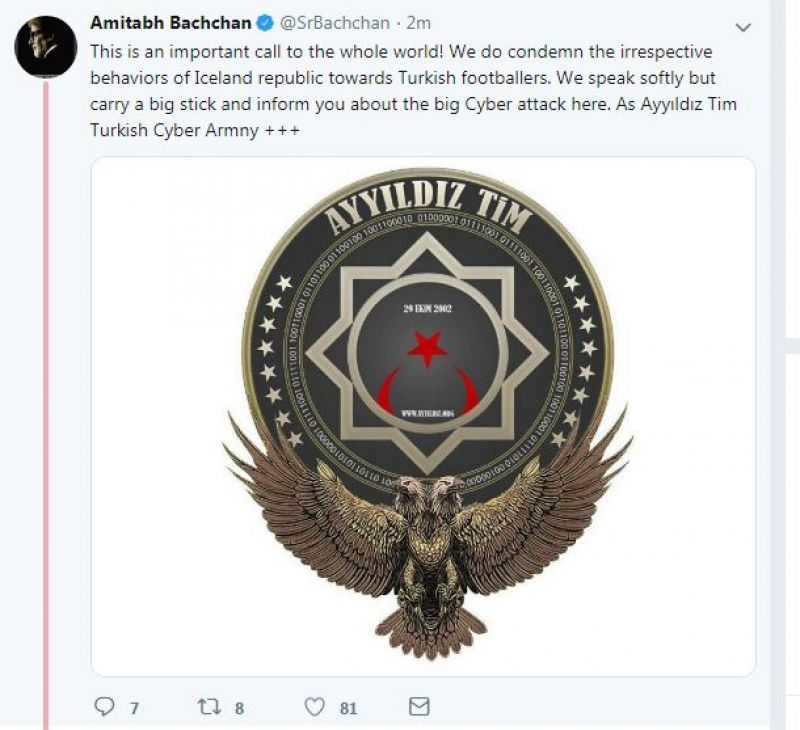 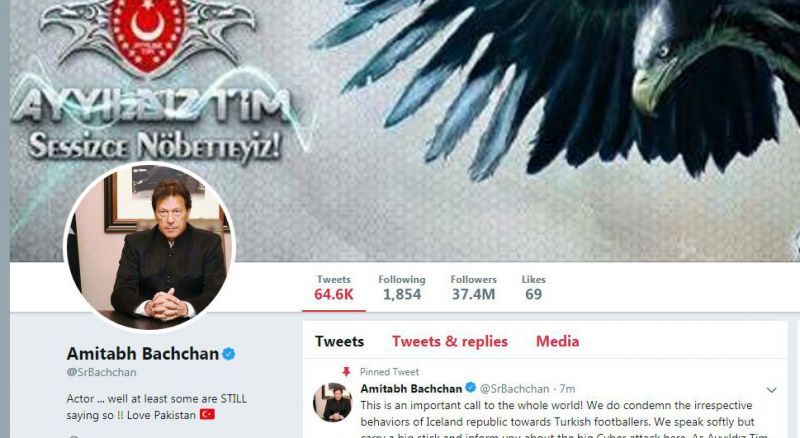 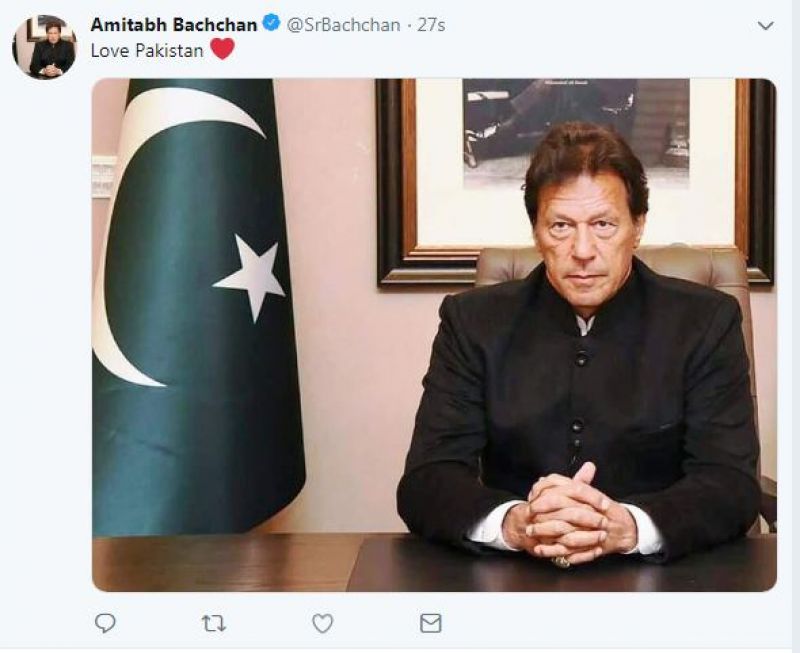 The hackers posted photographs of the Pakistan and Turkish flags with a tweet saying, "The Indian State, who mercilessly attacks the Muslims fasting in the month of Ramadan, is attacking the Ummah Muhammad in this age! Indian Muslims are entrusted to us by Abdulhamid." 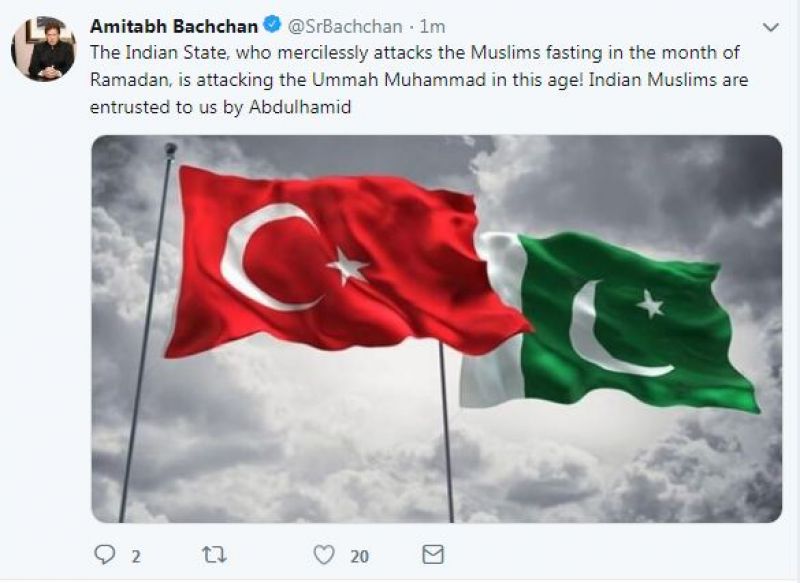 However, within an hour, the tweets from his account were deleted and the display picture and cover photo were removed. The account also showed his original bio.

The Bollywood superstar, who regularly takes to Twitter to stay connected with his fans has a staggering 37.4 million followers on the social networking site.

Senior Bachchan's Twitter account was reportedly hacked in 2015. The "Piku" actor had alleged that the hacker had planted adult sites in the 'following' section of his account on the micro-blogging site.