Mamangam was a religious festival which was held once in 12 years at Thirunavaya, on the banks of Bharatapuzha in Kerala. 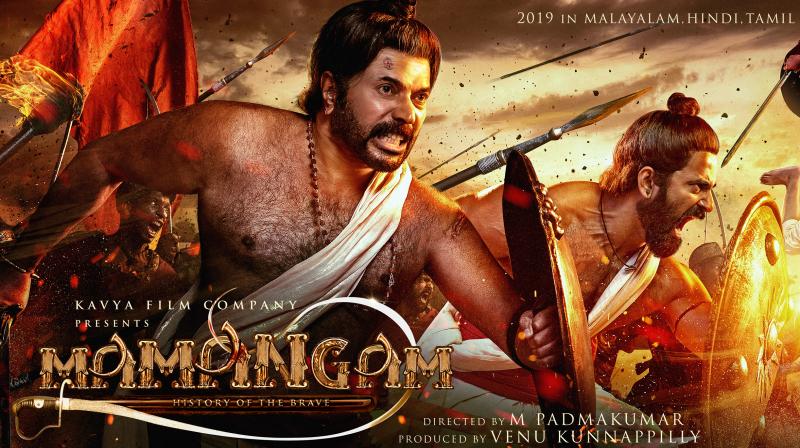 Mumbai: Mammootty who has done over 300 films and is a three-time National Award Winner is all set to bring to us the biggest film of his life, a true story that is based on a festival called Mamangam where he will be seen playing a mysterious character with multiple looks in the film.

Mamangam was a religious festival which was held once in 12 years at Thirunavaya, on the banks of Bharatapuzha in Kerala. For 280 years fierce battles were waged by a few men against a mighty king during Mamangam. The film will showcase a story of one great real hero and one glorious unknown hero. This is the first Malayalam to be released in four languages- Malayalam, Tamil, Telugu and Hindi.

This movie is one of the biggest and one of the most expensive movies made in Malayalam cinema and is set in 1695. The movie showcases a wide action sequence of Kalaripayattu, the Indian martial art and the oldest martial art in the world from the land of its origin and the action sequences are choreographed by Sham Kaushal.

Along with Mammootty, the movie also stars Achutan, Sudev Nair, Sidhique, Unnimukundan, Sureshkrishna and Manikkuttan. Mamangam is directed by M. Padmakumar and is produced by Venu Kunnappilly of Kavya Films. The film is slated to release in the last quarter of 2019.