Entertainment   Bollywood  11 Jun 2019  For me, Salman Khan is like a child: Jackie shroff
Entertainment, Bollywood

For me, Salman Khan is like a child: Jackie shroff

The actor talks about his cinematic journey, his bond with Salman Khan and son Tiger Shroff. 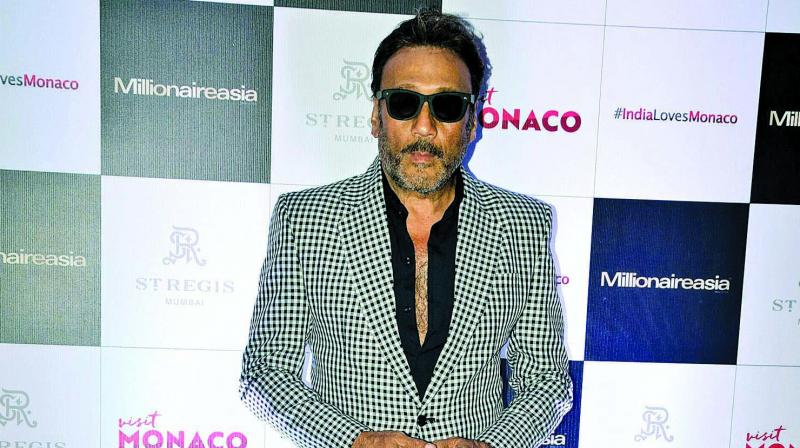 Hero actor Jackie Shroff has been a part of many chartbusters in the industry for over three decades — From morning shows of his earlier films such as Gardish, Sangeet, Baap Numbri Beta Dus Numbri, to sharing the screen with Dilip Kumar, Dharmendra, and Amitabh Bachchan in Ganga Ki Kasam, Karma and Kohram.

He also watched the three Khans of the industry reach new ladders of success while sharing major screen space with them in Devdas, Happy New Year (Shah Rukh Khan), Rangeela, Dhoom 3 (Aamir Khan), Bandhan, Veer, and most recently, Bharat (Salman Khan). And now, he is working with millennial stars such as Alia Bhatt, Shraddha Kapoor, Katrina Kaif, and Kareena Kapoor Khan, among others. “I am like a sponge. I receive from all my peers. I like to listen to them and see how they work. Their professionalism, and strong emotions excite me a lot,” says Jackie.

Nevertheless, the actor also recalls the time when he was ruling the industry as a protagonist and used to do 30 films a year. “We used to do three films a day and nearly thirty films a year, but children these days are doing one film a year,” he says.

Over the course of his illustrious career, Jaggu dada has an array of learning experiences with different stars and genres of films. He feels that he fits both, the retro and the contemporary. “It feels lovely. I can go to any corner. I really see that over the years, technology has improved but emotions haven’t changed at all. It’s a lovely world,” says Jackie, who is completely taken by surprise with the way cinema has evolved over the years. “A lot of shops have opened now, there is a lot of flux and boom out there. People are earning money and every house in the film industry is blessed. I feel happy that more cinema halls have come. Films like Manthan and Mirch Masala were wonderful but didn’t get cinema halls, they only got morning shows. So this is a great time and era to be in the industry,” he adds. 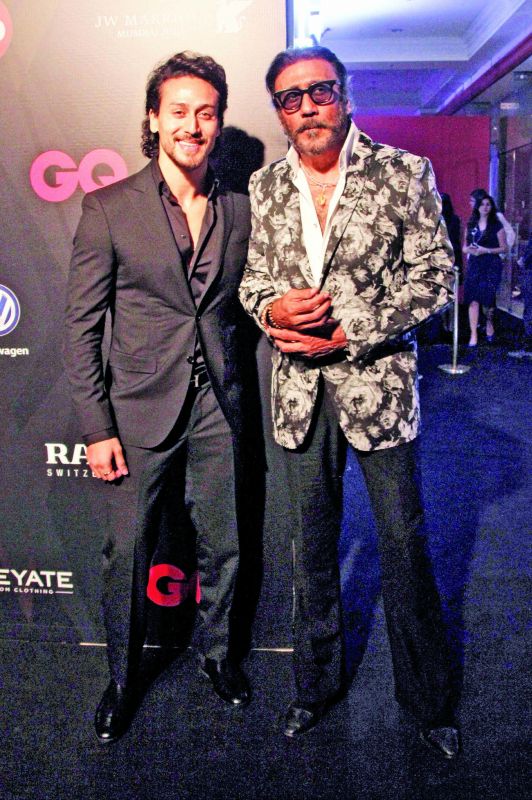 Essaying various characters in more than 250 films with 40 directors, the actor could not recall any role that challenged him the most. However he did recount the character of Shiva Sathe in Gardish that he enjoyed the most, because of the many action scenes. “Nothing and no role has challenged me so far. But the action in Gradish was something that I loved doing. I kind of felt excited and energised all the time when I would do the scenes. I try to be in the skin of the character and have done almost every kind of role and film,” reminisces the actor.

The RAW actor has also kept up with the changing tides of the industry, and has jumped into the digital space with a web series titled Criminal Justice. “It was my first web series after three decades. It’s a new medium. I was allowed to follow my style and was given the scope to speak the way I speak. So it was an intimate experience. I had a blast while working in the series,” he says about his new experience. And when asked if he is open to more OTT projects, he says that if someone wants to work with him and the project is good, “then why not.”

Last seen in Eid release Bharat, Jackie and Salman Khan’s association goes long back. Both the actors have collaborated in the films such as Bandhan, Veer, and Kyon Ki, to name a few. They have known each other since Salman assisted in the Falak, which has Jackie playing the lead. And since then, their relationship has only become stronger. “I do recollect the time when Salman used to assist the directors in the films that I was doing, and we would go together and see clothes and boots that I was to wear during the shoot. He used to love boots. For me, he is a kid who has grown up worshiping me,” shares the actor.

He further recalls, “He would come with dumbbells and other workout stuff and talk about ways to to grow taller. I used to carry his pictures to different producers and introduce him as a great upcoming actor. I have seen him as a child, though he has become my dad in his attitude. Children grow up, but a child remains a child. He may walk ahead, but he is a child.”

Playing Salman’s father in Bharat, the Ram Lakhan actor claims that no actor can play his father better than him. “I became his father because no one can better emote his father than me. He may be the father of the industry, but I am his father. It’s been pleasure being with him. We have taken a lot from each other,” Jackie laughs.

Speaking of children, we also asked Jackie if he has any advice for his son Tiger. “I don’t advise him. Rather he advises me to take rest, sleep on time and exercise,” laughs the actor, adding that Tiger is taken care of by his grandmother and mother. “He has grown up watching me; he loves hanging around me like a fan. He used to think that I am some kind of a god, and he is like ‘can’t do anything without you’. But now, he doesn’t have time to sit with me because of his shooting, gymnastics and dance classes. Whenever he has time, he squeezes in the time to be with me,” reveals the actor.

This only begs the question: Will Jackie be seen working with his son someday? The actor will be happy to collaborate with his son . “I would love to work with tiger if any good role comes. It will be a great experience,” he concludes.